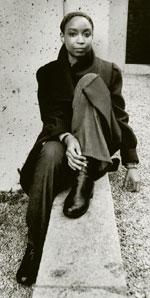 Because of those several-hundred-dollar phone bills I was running up talking to Dr. Margo Crawford placing phone calls from Santa Cruz to New Haven Connecticut, I fell in love with a photograph of Gayl Jones. Because telephones and photographs were enough to inspire passion, you will be correct when you assume that all of this ordure happened when Margo and I were in our twenties. Hell, I even wanted to go to Brown University to take creative writing. I had no idea. Now that my hair is peppered with grey and my 40th year is just a few years away, I declare that falling in love with Gayl Jones—and the young admirers of Gayl Jones—is almost like being a Jewish girl falling in love with Wilhelm Richard Wagner and hanging out with his male aficionados trying to get a date. Nevertheless, I still have chilling memories of Eva’s Man and* Corregidora* is sitting up on my shelf—and yes some Wagner MP3s are on disk.

Taking creative writing classes for a professional degree probably would have been a disaster. I’m too uptight for the humanities. I’m a hard scientist from the ancient school. I was listening to a creative writing professor this morning while driving into the office and I just knew he would give up on me. He surely would accuse me of clinging to my identity as it relates to African descent and being too frightened of my unconscious mind—to embrace ‘a larger humanity.’ I would be unable to tap into my Universal Mind dreaming, that collective unconscious of Jungian thangs. His suspicions would be justified when he would find me sitting in class with a red, black and green liberation jump suit, topped with thrilling head gear—constantly trying to argue and confront him in order to force him to validate my existence. 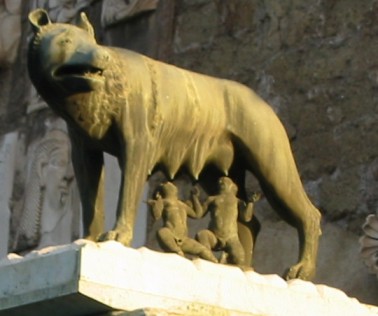 I would suggest that the unconscious mind of a loyal citizen of Rome leads to that frightening beast boy drinking wolf’s milk straight from the fur. So it would make sense for such polloi to lose the self in ‘world cultures’ that are far more peaceful and less imperial. I dare to dream that there were people who dreamed in the waking state and the very words they spoke was what we now consider that indescribable place of the unconscious. These people were not confined to the continent of Africa so I know I have a lot of company—but these boys and the wolf are alone in the forests of the Neander, howling up a storm and firing shots heard around the world.