The Son House Definition of The Blues 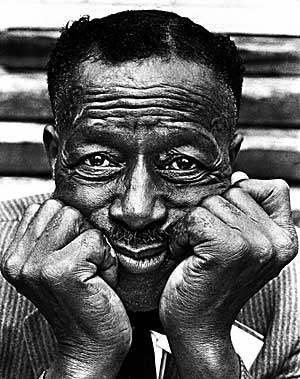 Son House is the father of The Blues. I know something or other was happening in New Orleans but look here: Son House is a divine man of blemish from the Old Kingdom of The Blues down in The Delta. His words and his music provide me with direction and purpose for my entire life.

In the “Feels Like Going Home” episode of Martin Scorsese Presents the Blues, Son House is emphatic about defining The Blues as what consists between male and female in love. There is no Big Black Cadillac Blues, no Captain Blues, no Credit Card Blues—just one what consists between male and female in love—not this New Kingdom of Babylonian entertainment. And, yes, Cornel West has his ideas about The Blues as well—but remember that this guy showed up in The Matrix with a broken, post-apocalyptic harmonica around his neck.

Son House, his Blues, is a perfect fit in two contexts: one is the story of the loss of pre-Islamic-pre-Christian African matriarchy and the other is my story as a child of divorce. My second collection of poetry, Provisions, is totally preoccupied with the effects of being a child of divorce. And see clearly here: I am saying that this work is preoccupied with the effects of divorce—when you want to experience divorce per se watch Kramer vs. Kramer. At bottom, Son House encourages me to say that my poetry is Blues poetry. Son House was married five times.

It renders so clear to me why The Blues should be. The racism of imperial slavers was merely an agent that caused the breakup between male and female. There would be no Blues about the ‘boss man’ when the wife and husband are bound with renewal and vitality. Leave pre-Islamic-pre-Christian African thought and you end up with The Blues. That is my simple formula. Test it for validity with your scientific methods. Ease up off the anti-depressants.

My second collection of poetry is not published yet. The first collection, “the adolescence of the cool” is a chapbook available for purchase online. There are some Blues in that one as well in spite of the youthful age of authorship. I am thinking of “Sweet Honey in the Rock Woman” and “0.5 the Sisters” which has been online as a multimedia presentation at kintespace.com for years.

Read the words of Son House in “Death Letter” at kintespace.com.