Running around Leimert Park with Babies and a Momma

A patch of grass surrounding a dead fountain is a few feet south of this street: 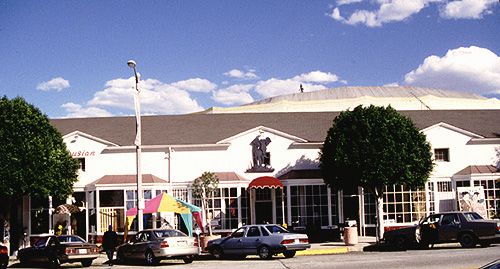 This patch of grass, bordered by the busy streets of Crenshaw and Vernon, saw a grown man and woman alone—with two children (one of whom could not walk quite yet)—running around like crazy yesterday afternoon. The drivers passing by usually see some kind of government/corporate-controlled festival happening or some drummers in a circle—or some teens hanging with parked police cars—but yesterday a father and mother went to this patch of grass to play with their children. After the park, the mother held a lecture at Harambe Marketplace (off Crenshaw and Slauson): 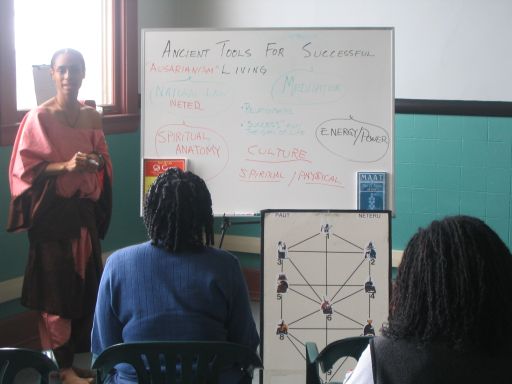 This is Khenemet User-t, the mother of my third child, my first daughter. You may wonder why I do not call her my wife. And, of course, my father would deride me with more accusations of delusions of grandeur but just let me say when you find me marrying so easily then you are enjoying a world free of imperial patriarchy, creating artificial scarcity. I envy you deeply. A quick example of this artificial scarcity is the fact that a disproportionate number of marriageable North American people with strong African features are dead or in prison—the physical prison and the mental one. My case is a bit more complicated and when I stop being so damn “pretentious” and “stupid,” I’ll get it right someday—why didn’t I find a good church girl and settle down in the suburbs? Meanwhile, I thought it would be cute to wait around for her lecture to finish. We waited a little longer than expected: 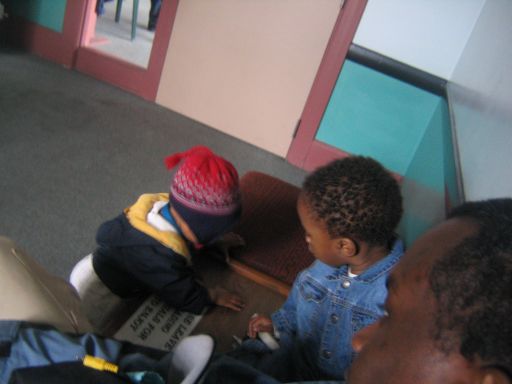 When anyone with strong African features tells you that it is “easy” to get married, be married and raise a family then either a nation of millions have not been doing their job and more Black children need to be underdeveloped in more dysfunctional families—or you are talking to a chum who graduated in the same class as our dear Lady Condoleezza Rice who can afford to fake it.

The events of my life, of course, make me biased but the battle to raise the next generation of African children is the struggle. It should not be treated as a sideline. It is the center. Almost all of my ‘properly’ educated friends and associates who are “doing it by the book” have no children. Evidently, these people wish to rival the negative population growth of the “developed nations.” Much respect to my college roommate Dr. Darryl Dickson-Carr for doing it by the book—and raising children with his wife. Read “Dr. Darryl B. Dickson-Carr: The Satirical Interview” at kintespace.com for more about my homies.