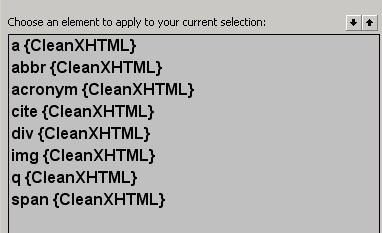 So I am trying to understand Peter Sefton’s mind toward Microsoft Word and how he has used tables for semantic markup. I am not being coy or am secretly carrying multiple meanings. In fact, I appreciate Peter’s reference to me, by name, in his recent Blog entry “More on Microsoft Word vs XML Schemas.”

The picture floating at left shows the XML Structure Task Pane. The hope here is that Peter Sefton will see almost instantly that most of the elements listed are semantic elements that cannot be expressed in WordProcessingML. Now, the screenshot below shows this Blog entry being composed in Microsoft Word. 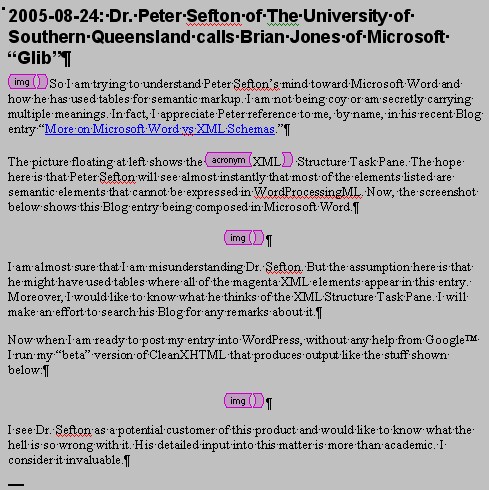 I am almost sure that I am misunderstanding Dr. Sefton. But the assumption here is that he might have used tables where all of the magenta XML elements appear in this entry. Moreover, I would like to know what he thinks of the XML Structure Task Pane. I will make an effort to search his Blog for any remarks about it.

Now when I am ready to post my entry into WordPress, without any help from Google™ I run my “beta” version of CleanXHTML that produces output like the stuff shown below: 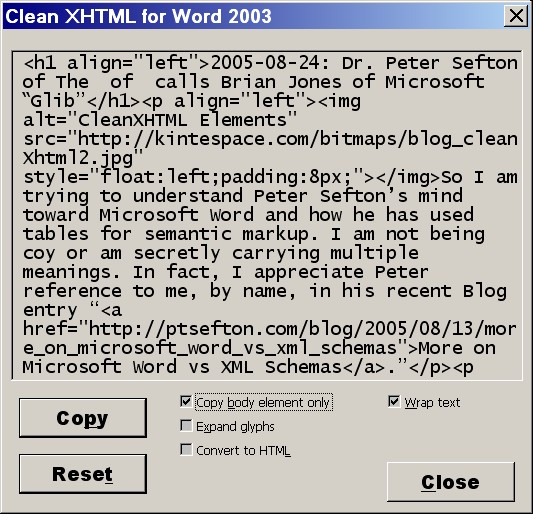 I see Dr. Sefton as a potential customer of this product and would like to know what the hell is so wrong with it. His detailed input into this matter is more than academic. I consider it invaluable.