“The Terrible Mystery” of Gayl Jones 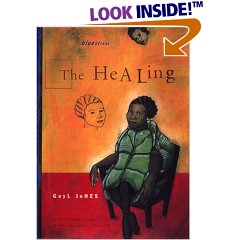 What I find with what people accept as mystery is actually consenting adults non-consciously lacking maturity—a childish, self-centered, lack of knowledge of ‘the other’ reveals a life of “privilege.” My most revered novelists demonstrate an intimate knowledge of people not like themselves. It is one thing to act like another person; it is another, to convince me that you can think at length in a structured manner like another person—and that is mastery of Gayl Jones.

I was introduced to Gayl Jones by a Yale graduate student who is now a college professor. You can read about that in “Photograph of Gayl Jones” here in this Blog. My severe case of Savior Complex immediately reached out for her. I was instantly attracted to her and I always wondered what became of her until this “sketchy” Salon.com article, “The Terrible Mystery of Gayl Jones,” by Sally Eckhoff appeared before my eyes. What the writer calls a “mystery” is a very familiar story to me. When brilliant people with strong African features are mixed with egocentrism, you get this “terrible” situation. Egocentrism fuels the “terrible” rage of the young, brilliant Jewish boy that loses the 1939 Leipzig spelling bee—even after spelling the word “Aryan” correctly. Egocentrism prevents us from seeing the big picture. I’ve been there. I’ve done that. It can happen to me again the next Monday at the office.

When people are authentically astonished about the brilliance of my children and remark to me only to find me unfazed, these people fail to understand what happens to brilliant African-descended children in a racist society who are too innocent to understand the structural design of this society in an all-out effort to “show the world” just how great they are. These people are compelled by Oprah-think to egocentrically misinterpret my reaction to my children—they would rather assume some after-school-special shit like I am jealous of my own children instead of thinking of something else. Something deeper. They betray their lack of knowledge of a single, influential, powerful, gentle, intelligent African male that can be authentically called a man, a father and a protector.

The very few details about the husband of Gayl Jones reveals that Gayl herself is yet another woman who does not know a single, influential, powerful, gentle, intelligent African male that can be authentically called a man, a father and a protector. I am driven to this simplistic conclusion because Gayl surely shares my savior complex. That she would be in the barricade, herself in the house with her husband-child tells me so. Gayl’s man would have found a way to keep her away from him—as her protector he would even protect her from himself. So the co-dependency theories run wild with me—and my little informal surveys tell me that most women find more of a sense of control and familiarity with a weak violent man than a strong peaceful one. Many women simply know that all men—especially Black men—are weak and violent. This knowledge of Black men is assumed to be of wisdom instead of a revelation of poverty.

My Yale ‘teacher’ presented Gayl to me, leaving me with the assumption that Jones is a Black feminist icon—and suddenly seeing her barricaded in a house with her husband with the gas turned on like she’s Sylvia Plath is a grand display of the secret, miserable lives some of these iconic people actually lead. She is supposed to be keeping busy with the company of women doing the women’s business of not needing men and preserving their Black dada identity in Roman statues of respectful commercial realism. I assumed that Gayl would be keeping herself away from herself by getting on the plane to go to the next conference/panel/book signing/movie cameo appearance/Lilith fair opening act—you know: reading a children’s book in a commercial conglomerate’s coffee-shop-bookstore. You know: deciding when to fold her legs on a badly-lit couch opposite Tavis Smiley.

So there is this German word that I can never remember. The word means that one is pleased about the misfortune of others. Africans inherited this word on the slave ship when one or two were struck with sickening pleasure about not being thrown overboard. It is no pleasure or mystery—or terror—to see what became of Gayl Jones. The priority here is to see that she is an extreme example of the loss of authentic community identity in favor of an artistic/commercial/egocentric/Eurocentric/Black dada identity. It is too simple to assume that she consciously discarded her incarnation in some single moment contrived for a Greek drama. It is too easy to label as “mysterious” why a Black feminist icon would “waste” her life on some male—especially a colored, relatively penniless one.

So, those many years ago, my Yale ‘teacher’ told me that she attended a book reading by Gayl Jones and there was this ‘Black man’ that came in and interrupted the event. He abruptly told her something like, “Let’s go!” Gayl Jones, stopped her reading and left with this ‘man.’

For more details about what it means to be a “woman of color” at the end of the intellectual chitlin’ circuit, finally asking for authentic community, please listen to “bell hooks: Connecting Self and Community.” I know I can’t ‘save’ you, sistah—but perhaps bell hooks can…

The German word you can't remember is "schadenfreude."

I didn't write the "Terrible Mystery" headline, you know. We seldom know what editors are going to put on our stuff.

I have no schadenfreude for the fate you suffer with such editors. Much appreciation...