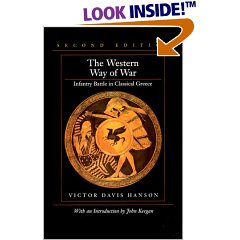 The Colbert report took on the tough issue of Wikiality—as of this writing, YouTube has the video. Read about the “real world” impact of this Colbert report at Monkey Bites. Here in the rasx() context, the “challenges” surrounding Wikipedia.org were discussed in the context of historical subjects as ‘harmless’ as The Statue of Liberty.

One of Colbert’s punch lines suggests that when you can get enough wiki-people to vote on a wiki-fact as being true then this truth becomes reality. This is certainly funny to many North Americans probably because they assume that this concept is strange to what really happens in the real world. This is strange to them because they are not a part of the ruling class—and they are not students of the history of the ruling class as told by “crazies” like Howard Zinn and many other non-patriot scholars of the Imperium.

What is strange to me is this concept of absolute truth or the concept of perfect objectivity. These American, Puritan ideals are quite functional and useful in a military situation when you need underlings to obey orders without question. Outside of this context, these are strange. Now what is becoming familiar to me is watching the writer.

Watching the writer is a specific activity inspired in part by the leftist cliché “question authority”—but deeply inspired by the ancestral Deep Thought of ancient Africa. Watching the writer should be a fundamental part of reading comprehension. It is not enough to understand the syntax and ‘passive meaning’ of what you are reading. What is more is to understand why the writer is writing what they are writing. The writer is not of an absolute universality. The writer is always relative to a context. You dare to form a “theory of relativity” about the writer. You dare to investigate what the author is thinking, how they think—the very design of their intellection. Advanced chess players do this all the time. They go beyond just knowing the rules of the game, the pieces on the flat surface. They go into what you are thinking when you make a move.

So, many long-time readers of the rasx context() may notice how often Wikipedia.org links appear in these Blog entries. This means that the author here, me, reads Wikipedia.org frequently. So you must know that I am watching the writers of Wikipedia.org. There are certain patterns seen. One of these patterns is Wikiality.

Wikiality is part of a larger pattern in the Western tradition. As students of “mainstream” history we are supposed to be impressed by Europe’s rise out of the Dark Ages to form nation states and then to transfer absolute power from one or two white guys to a few hundred thousand white guys. So with respect to wikipedia.org, we are supposed to be impressed with a transfer of power from a few thousand PhDs working for a few encyclopedia companies to, say (generously), a half-million students of these PhDs working on the Internet. I say that these wiki-people are ‘students’ of these PhDs (even though many hold PhDs in their own right) because they are, for the most part, agreeing on the same white folk stories told by their encyclopedic ancestors. What is completely different (and very useful) about wikipedia.org include:

There is the suggestion out there that I should throw myself into the wikpedia.org fray and help to change Wikiality instead of “whining” about it from afar. What those that make these suggestions should consider is the life and times of Dr. Leonard Jeffries. He and small group of scholars tried to change the New York State of Mind in a direct confrontation. Also please take the time to read the entries in soc.culture.african.american or History Notes-l and see what wiki-opportunities abound.

Reading the flame wars between self-described whites and Blacks in African-related newsgroups years ago, before the existence of wikipedia.org, was enough to let me know that having documented proof of your position is not enough. Your wiki-white opponents that you would mistakenly call your wiki-colleagues will execute a war of attrition over the long term, continually applying pressure to shape the Wikiality into a form they are more comfortable with… Any short-lived successes in these engagements means you have helped to educate other people at the expense of ‘your’ people. Watch the writer: when you see the words ‘your’ people (with those little quotes), I am expressing doubt that the concept of family and community is strong enough in the Black youth these days for us to perform triage on this thing called “universal humanity.” We need to prioritize, people. Too many Black youth seem to be making the next metaphorical rap album for someone else’s family.

Dr. Leonard Jeffries talks about Black professors driving themselves to near madness, arguing with their properly-assimilated faculty colleagues about facts—not Black fantasies. I respect their efforts—and the efforts of Negro integrationists over the decades—and I do not pretend that I live in brave new world. Wikiality is not controlled by some Wizard-of-Oz switch in a hidden room that can just be turned off by some young, Black kid playing Tom Cruise in Mission Impossible. What many young, self-described “proud” Black kids fail to understand is that their “outreach” efforts are effectively asking your oppressor and his legions of minions to commit suicide. Sorry, dude, oppressor man would rather kill you first. For him, it’s kill or be killed.

As the person who owns and runs wikiality.com I couldn't be more excited. Stephen even plugged the site on his show. I really hope people use my site as an outlet for satire and don't deface wikipedia anymore.