The Sincere Innocence of Jon Udell 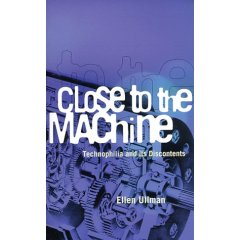 In “A conversation with Ellen Ullman about living close to the machine,” Jon Udell and Ellen Ullman pine about the loss of humanity in an Imperial society. Period. Of course Jon would never, ever, use the words “Imperial society” seriously. So there is little empathy for his ‘struggle’ to understand what is going on around him in his life. These are some of the counter-cultural pillars Jon stumbled upon like a cute little suburban baby in a four-hundred dollar stroller: