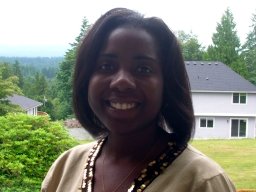 Once there was sincere interest and excitement about subscribing to Microsoft employee Dare Obasanjo’s Blog. For some reason I thought he was ‘representative’ of something greater than just being a regular guy. Silly me… Since I come from a working class family, I don’t know the ways of the “real” world… Boo hoo… Eventually, I stopped subscribing to Dare’s Blog. This happened about the time he moved from some XML Team to some MSN team and started pontificating about “digital rights.” I’m sure he’s posted some great stuff since then and I’m floating in hog wash. Any person representing any large organization is likely to be bland and not particularly interesting. I’m sure there are many “private” lives and many hidden profundities in people but Dare… but… you see it’s my fault… I continually fail to understand that “people are complex” Sophist even… Even African-like people can get philistine and philosophical.

African-like people can hang on quiet desperation like the most refined Englishman… and quite clearly the African presence in Dare comes out—but not enough for me. And, dude, I kind of got used to this… I’m not going to find many African-like people—especially young tech people—with a deep understanding that science, technology and Africa are not “too different.” A shallow understanding and a Shakespearean “sensitivity” to Blackness is no different from any tech guy with Irish parents who took a few “multicultural” history classes. “Dude, we’re all the same,” right? And that’s one of the reasons why I dropped Dare’s Blog. I’m not going to link up just because someone looks like an African but (for the most part) is intellectually indistinguishable from a self-described “white guy” who happens to know a lot about hip hop music and has family that lives in Africa. Give Scott Hanselman his first Kayne West album and his situation—his voice—is not that different from Dare’s. “Dude, we’re all the same,” right? (Scott is also not on my Blog roll as well.)

So to make matters ‘worse’ (for me), is this recent post from port25 about Tammara Combs Turner. She is a member of an organization called Blacks at Microsoft (BAM). Even though Rory and many other Microsoft employees use profanity and other rude speech in written, sound and video material served up under the auspices of the Microsoft Corporation, it would never occur to me that Microsoft would ever face the public with the phrase “Blacks at Microsoft.”

According to Microsoft, “More than 500 employees are members of BAM” and evidently Dare Obasanjo is not a member—or, in the very least, he has not found an opportunity to express his membership publicly (while Scott Hanselman would find many, many opportunities to inform you that his wife is a native African right in the middle of a very technical discussion—and let’s not get started on that guy from the Pixel Corps—). This does not immediately make Dare a “villain” in my little Shakespeare play. My point is that a Google© search on “Dare Obasanjo” and “Blacks at Microsoft” produced nothing. Of course Microsoft has tens of thousands of employees and, dude, it just never came up… So, since you may describe my efforts in this Blog post as “helpful,” let me provide a bit more help:

All jokes aside, too many headz seem to lose touch with reality when they've been assimilated or ascended to the exclusive community. BTW: Are you a BAM card holder ?

Nope... never applied for a job at Microsoft. But there were more than a few BDPA meetings attended by me... Not currently though...