The Musicality of People

My ‘misfortune’ action pack comes equipped with experiencing the musicality of a person. I’m serious about the use of the word misfortune because experiencing people in this manner is not very pleasant—especially here in the post-1970s pop culture of the United States. When you have memories of trying to “fit in” during your adolescent years in some crappy public school, then you may quickly assume that I should just make myself stop experiencing people in this manner—or to really make you one of most intimate mates you would accuse me of pretending to be annoyed by such experiences for some bizarre-ass reasons that are not worth my words of speculation.

My apologies: when you meet rasx() your musicality will me experienced by me. Everyone has a sound—just like we hear musicians. When we stop confining ourselves to people who get up on stage and play for money, we start to get holistic about this music thang. So the key is that you listen to others and imitate while you are young but as you get older you start to form your unique sound—and it’s rasx() that thinks he knows when your sound is fake and you are still locked into the imitation phase. 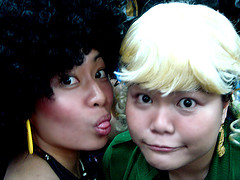 There is also a design goal behind the sound of a person. So when rasx() is “thinking too much” (like you know the exact amount to think), a vision comes to me about why you sound the way you sound. So in many cases not only is the sound unpleasant but also my reasons why you sound that way is worse. So instead of describing how you (not really you—but a rhetorical you) sound so… well, you know… let’s touch upon the unpleasant design goals: