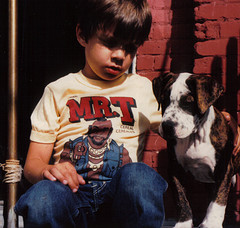 One of the stereotypes in the little corner of the Los Angeles poetry world that my words and person came from was that female poets who perform publicly are dominated by sexually explicit content. In the same manner that the entertainment business in recent years enjoys a significant impact on the public presentation of poetry the world over, the portrayal and sale of sex in popular culture has always been there. My thang is not to knock sex in poetry. My thang is to encourage poets to do it ‘right.’

This is why “Jaha Zainabu: Journey” is here in the kinté space. This streaming audio presentation is supposed provide young female poets with a general guide about projecting this vibe. It ain’t nothing to me either! The impact of what can be called ‘failed attempts’ at presenting this sex vibe in poetry disappoints me. Too many female poets in tight clothes simply look like another sexy woman. Of course, many of you don’t understand that previous sentence. Let’s try again: many of you pretty things are imitating another person—and you can’t fool me. My hormones have calmed down. Really. Now it’s about really holistically understanding this sex thang… the power… 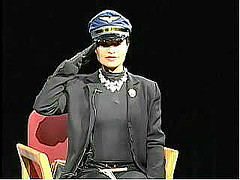 So let’s start, ladies, with Alexyss K Tylor on YouTube.com. You can be very “modern” and dismiss this show as more funny, incoherent, n-word shit—or you can begin to see the poignant, distorted remnants of a world that hardly exists for young women of strong African features. What Alexyss K Tylor makes into a badly-produced show for a crass, commercial Web site (via a crass public-ass cable channel), used to be what older women said to younger women in private counseling and training. It was never a man’s place to train a woman. This was always the sole domain of elder women. Since this is not an imperial university course, this training was often graphic, interactive, individually adaptive, ritualistic, humorous, accurate and poetic. An Alexyss title like “Dick Will Make You Slap Somebody” can easily be a title to a funny but serious poem. Unlike Alexyss K Tylor’s “co-host” foil on the show, you do not have to imagine with some difficulty that Alexyss has had sex with someone. In keeping with tradition, Alexyss has to be sexy enough to convince other young women that her information is valid and based on first-hand experience so her teachings will be taken all the more seriously. This design goal for sexiness is far different from what the typical poet sells on stage these days… actually… maybe not…

So being fully aware of the socially suicidal nature of the content of this paragraph (since what’s left of my life stays here in Los Angeles), let’s take an excellent poem like “You Move Me” by Santa Monica’s Gina Loring (in the Children of Slam series at KCET). You basically have, in the sexual hip-hop vaudeville of Def Poetry Jam, a young, intelligent woman shouting about not having any powerfully constructive influence from Black men in her formative years—starting with her father. She says she comes from the “fatherless tribe.” She is performing this communication in a skin-tight outfit ready for the stereotypical rap video. My extensive and sad experience with pornography can no longer override my concern for her problem—oh I’m sorry—the problem mentioned in the poem. First of all, I have three children now and one of them is my daughter… So when you need so badly to find my “selfish motives,” look for my daughter. 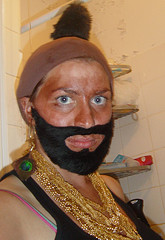 Before I heard Gina’s engaging, vivid poem, I met her in person at the Greenway Court Theatre a few years ago and I knew in seconds she had the problem of fatherless consciousness. Her poem validates my African eye that looks upon her through every vital ancestor in my family line. So I welcome Gina’s poem. It is very, very hard to admit in public that you conceal your foundational fear and insecurity with haughtiness and the trappings of social acceptance because of the lack of security and assurance from Black men. It makes no sense in an empire where Black men are “thought” to be the lowly of the lowly that you actually need their attention so much that you “love” Mr. T.

It easily follows that Alexyss K Tylor is “thought” to be a complete idiot because she is willing to speak at length about a Black man’s “penetrating,” “powerful,” “addictive” penis. Now I do have some differences with her however: according to me, some women find it painful to have the “base” of their vagina (cervix) touched by a penis. I’m pretty sure those two or less complaints were not lies. And what is more painful for many, many others is to have the depths of their consciousness penetrated by a Black man. It is far, far better for a “powerful” Black woman to sit up in her immaculately decorated house alone with human/animal dogs on a leash rather than have her life exposed to her—unwrapped by the hands of a lowly, lowly Black man. It is better to join a crowd of formal white racists to denounce the intelligence and insight of some Black men to call all Black men stupid, id-oriented, perpetual children rather than face the loss of a wealth that cannot be fabricated out of Western technology. 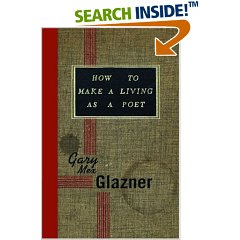 These are some of the golden rules a Black man should set for himself on his way to ancient African indigenous consciousness. These rules should make the women write different poems and the public spectacles be replaced by private, wisdom-based ceremony:

At one point I thought I was the only person who was funny enough to write stuff like this.

Well you do hurl the rabbit food...