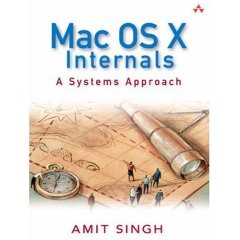 Since about 2005 it has been clear that my confidence in building a personal computer out of components by hand has been slowly slipping away from me. What makes the most difficulty is that the leaps in technological advances are beyond the Rubicon. OEMs can make more money selling a whole new thing instead of building graceful upgrade paths in this “business friendly” (fascist) environment.

It used to be simple to understand RAM for example. But now I actually have to study the differences among DDR SDRAM. Back in December, the choice was to go for Kingston KVR333X64C25/1G 1GB DDR333 PC2700 for the studio server. But something is stopping me from making the move… To capitulate to the ‘fascist’ groove thing means (to me) recycling all of my “old” hardware and building the PC-equivalent of the Mac mini—but there are so many small form factor regimes to study… More on this later…

This IOGEAR switch includes cables and supports DVI (of course). These features are important for moving my studio hardware forward. But this implies (of course) that the great rasx() has a flat panel at home. Nope. Just writing this down depresses me: the thought of the amount of money it’s going to take to keep up with the times… Speaking of keeping up with the times, we have the “successor” to DVI—HDMI. More depression: the thought of buying into new HDMI-based tech only to find that it was pieces of Jack Valenti’s corpse.

Jon Udell’s “Skype podcasting revisited” adroitly reminds me that recording Skype conversations is still hard. His conclusion is that all people on the Skype call have to be audio engineers.

The Zonbu PC is a Linux-based rendition of the Mac mini. This is yet another leap into a direction that leaves too many legacy issues behind. But when you just want to let go of the struggle to assemble these things yourself, Zonbu might be worth it.