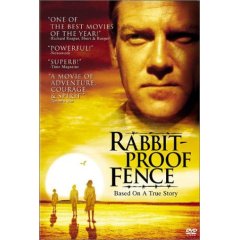 David Harrison of Swarthmore College on aljazeera.net: “Most of what we know about species and ecosystems is not written down anywhere, it’s only in people’s heads. We are seeing in front of our eyes the erosion of the human knowledge base… Australia is amazing because humans have been there for 50,000 years and they represent an unbroken link to the past in a way that other places on Earth don’t…”

For those of us that tend to forget that we as human beings are a sentient form of nature—that we are of nature (not Imperial metal), we need to remind ourselves of the extinction of our natural selves. Until more scientific research changes my opinion, my assertion is that the reason why so many of us suffer from depression and cancer is because of our disconnection from natural law. You can tell you are that kind of person by how you immediately seek to make cartoon jokes about you and your relationship to nature. Misery loves company. You are an alien from a fictional other world.

For more indigenous “fun” here in the kinté space, check out “Runoko Rashidi: Hanging With The ‘Blackfellas’ Down Under.” 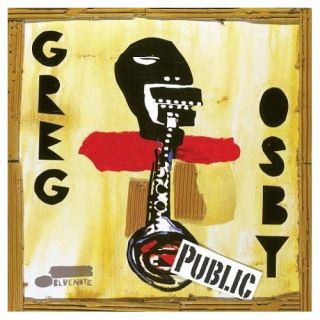 Simply by examining the WHOIS record for Jazz musician, Greg Osby, it renders clear to me that this brother knows what he is doing on the Internet. Unlike my old friend Saul Williams, even a “fool” like me can tell that Greg Osby is in full control of his Internet presence (or, in the very least, he paid the right people to get the correct job done). Too many artists “of color” or otherness suddenly seize up and explode into little white flakes when it comes to organizing their Internet presence. They often are paupers with a very aristocratic attitude about wasting money on thieves who know a little 1990s HTML and slow-ass ways to use Flash. Greg Osby has been running his thang since 1999—which, in Internet artist time, is frickin’ eons…

He’s not done there folks, he takes it further as a working, professional Jazz musician in his prime releasing free MP3 tracks of his live recordings. His live sets are available by the kilobytes at gregosby.com. This is yet another conservative Negro violation of Internet bungling: to give his content away for free seems unintuitive to those swarthy sufferers of Stockholm syndrome. Because Greg Osby did not sell his ass to a major record label in order to put himself in debt, impress some ignorant fair-weather friends and fulfill a tender but antiquated childhood dream coming out of the bygone vinyl-mafia 1960s, he is control of his content. His sales and promotion options are flexible because he is not in the gilded cage of the nepotistic sons of mob families running the major labels. 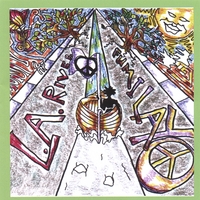 Remember when Los Angeles had a grass-roots, community-level punk scene? What? You haven’t seen The Decline of Western Civilization? This 1981 documentary is more proof that polished, famous names are not only for the Los Angeles entertainment scene. Henry Rollins would not be where he is today were it not for the cracks in the Southern Californian veneer that is Hollywood.

So here comes Fumilayo Bankole and her thang called “Griot Pop”: “…the new CD called L.A. River, the freshman project by independent recording artist Fumilayo Bankole. An unusual musician very much in the tradition of anti-war musicians of the 60s, her music has a “Griot” Pop twist (griot as in oral history keeper)! She plays an acoustic guitar and sings poignant lyrics that challenge many aspects of American society. She tackles issues like domestic violence, AIDS, and the destruction of habeas corpus in America, racism, homelessness and the decrepitude of the LA school system done in a way that seems pop-ish and light until you realize what she’s been talking about for the past 3 minutes. She is the anti-American Idol, full of grown-up, insightful lyrics, short on the over-vocalizing and unoriginality so popular these days.” I think this might be a reference to Mr. Franti.