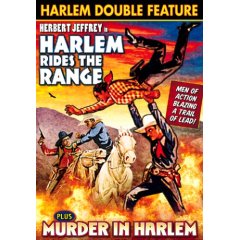 In fact times are worse: in the Oscar Micheaux film schoolteachers are described as “well paid”—I’m sure that’s what I heard as the soundtrack was badly damaged. And, ambivalently, Negro professionals don’t ‘have to’ marry a woman of “the same race”—that is, this is no longer explicitly against the white law.

For those who know the life story of Richard Wright very well you know about the tiff between him and his junior, James Baldwin, memorialized in a very expensive collectable “Everybody’s Protest Novel.” Any critiques of Richard Wright you find here have nothing to do with me “taking sides” with the James Baldwin camp. I don’t get down like that. The work of Oscar Micheaux, in spite of overwhelming political, financial and technical difficulties, shows us that life is far more complex than that…

Pearl Bowser, an Oscar Micheaux scholar, co-authored the book, Writing Himself into History, with Louise Spence. In Spring 2006, Pearl visited us in Tucson, AZ. The University of Arizona College of Fine Arts, The Hanson Film Institute, The Loft Cinema (a local community-owned theater), and some private supporters sponsored Pearl’s visit and the first public screening of Micheaux’s 1919-1920 silent film “Within Our Gates” in our State, complete with a live piano accompanist. Just like the good ol’ days. Pearl showed up a few days before the screening in order to teach a few classes and give a few presentations. While showing her around town, I talked with her about Micheaux and some of his contemporaries. We talked a little about Richard Wright. A few weeks later, I read the copy of her book she left for me.

“I’m flippantly certain that Oscar Micheaux’s criticism of Native Son would be fascinating and reveal many of the same problems “we” are still suffering with today.”

Micheaux died, while on the road selling his novels, more than a decade after Wright’s Native Son was published. Micheaux was definitely aware of Wright’s works. In fact, I suspect Micheaux might have decided to take a break from producing films in the 1940s so he could write more novels and travel around selling them as a response of sorts to the success of Wright’s publications.

During the 1940s, Micheaux wrote several novels, one of which was The Story of Dorothy Stanfield. In the book, Micheaux signals he is not exactly a fan of Wright’s. Micheaux would have had us believe that his portrayals of intelligent and independent Blacks living middle-class or better lives, his controversial views about Black entrepreneurship and collective Black economic uplift, and his critical comments about the lack of support for pro-Black films from Whites (Micheaux always had difficulty finding investors to back his pro-Black films), were at least three of the reasons why Whites liked his work much less than Wright’s.

One the characters in Micheaux’s The Story of Dorothy Stanfield, is Frank Knight. In the book, Knight is the “best known and most read of Negro writers.” Knight also went into exile after he had married a Jewish White woman and began to associate himself with the Communist Party. Knight is a transparent allusion to Richard Wright. A few of the book’s characters, while comparing the Black authors of the time, describe Knight as “a Negro author, who married a white woman” and who writes books about Blacks but for a White audience.

These characters talk about the Black author, Sidney Wyeth, more admiringly (Wyeth is Micheaux’s surrogate in several of his novels). The characters explain Wyeth writes books about Blacks and for Blacks. He is “about the only Negro author who writes about us colored people as we are living and thinking today; about the only writer who puts the love and romance of our lives in his stories.” They go on to talk about how much White readers like Knight’s work and believe it portrays Blacks most authentically because “It is so easy for white people to picture a Negro as unfortunate and hard up. It seems to be the condition they expect to find the Negro submerged in—poverty and misery.”

If you read The Story of Dorothy Stanfield, then you’ll essentially read Micheaux’s review of Wright’s Native Son.

An excellent historical sketch! It is a strange comfort to me to find that these complex relationships were happening so many years ago... this knowledge is the therapeutic cure for the young, self-described "Black artist" discovering this great "new" conspiracy against the celebration of her or his talent... it is clear that these games have been going on for decades and our youth should go into their creative work fully prepared to expect injustice instead of crying about being robbed and expressing jealousy for the shenanigans of obsequious sellouts like it's a big "new" surprise...

Obviously I'm biased toward Richard Wright because he is West Side Chicago and his history interlocks with my ancestry in Chicago.

Oscar Micheaux produced the light of dignity that all Black people could immerse in beautifully proud and steadfast.