Allegories of a Red Hot Angel

Fumilayo Bankole is in a bountiful harvest this year, first with her debut audio collections and now with her new book of poems, Allegories of a Red Hot Angel: Poems. She is the only poet of the South of Wilshire School here in Los Angeles (that I am aware of) that has independently released an album and a book in the same year! I’m not here to stop you, Fumi, I’m just right here to congratulate you… While we wait for the copy we ordered to show up in the post, check out “Fumilayo Bankole: Zoom Zooms n Wham Whams” here in the kinté space.

My experience with so-called “black studies” is that my view of the entire world is made clearer. When you get beyond the relatively fluffy anger-based, self-indulgent diatribes (usually written in all Roman capitals) by Afrocentric Negroes, then you get into some serious study. Ezrah Aharone is an easily accessible representative of this school of serious study. He approaches the African world presence from a contemporary economic perspective in Pawned Sovereignty: Sharpened Black Perspectives on Americanization, Africa, War and Reparations. In this book, you will read a passage like this:

Contrary to the stipulation that “notes shall be redeemable in lawful money on demand,” U.S. dollars are not redeemable in anything. If anyone went to the Treasury Department to unconditionally demand gold for dollars, they would find themselves handcuffed in the back of a Secret Service squad car. Dollars are basically backed by hopes—hopes that the FED will call the right shots and that the stock market won’t crash—again. The FED is known to call some shots that have figuratively taken the public from the bank to the cleaners.

The public has been unwittingly lured into a winless game of collecting non-redeemable paper currency, while the FED and the government own gold and other resources of value. Nevertheless, as long the dollar maintains its purchasing power, the average person will probably remain unconcerned about the politics of money, the dealings of the FED, and things like inflation.

Because of the balance derived from the Gold Standard, there was no such thing as inflation before the FED. In fact, the dollar was worth the same in 1913 as in 1813. Inflation (too many dollars chasing too few goods) did not exist because the circulating currency was proportioned to the value of gold. 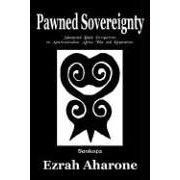 In order to tell you about Black people, Ezrah Aharone had to explain that there was no such thing as inflation before the Federal Reserve existed. Interesting Black book, eh? What does the Federal Reserve have to do with Black people? You just don’t get this kind of casual conversation about profound revelations while reading Time Magazine during “black history month.” There is no incentive to remind any properly assimilated American with consumer confidence that their money is fiat money—essentially backed by “hopes” (and nuclear weapons). But when you really talk about what’s really happening to Black people you have to remind people—all people—of these facts. This is one of the real reasons why real Black history is so suppressed.

“Black Students Out Performed White Students On Standardized Tests Prior to ‘Desegregation.’”

The post from Denmark Vesey about the constructive concentration of Black power due to the era of legal apartheid in North America, should remind the young folks about that weird alien world before 1980.

Properly assimilated Americans of all “races” essentially by design become materialistic, nihilistic-but-strangely-religious people—to put it in more “respectable” economic terms, most functional Americans are high income, low net worth dudes. There would be nothing more motivating for colored Americans than George Bush actually getting up on television and saying directly to the public that Kanye West quip, “I do not care about Black people.” And until that day comes too many Negroes will have a little Jena 6 here and a little Darfur there, until the imperial system can no longer entertain them any longer. But back in the “old days” we had plenty of devoutly racist motivational speakers. It still surprises how much colored folks depend on these racists.

Most properly assimilated Americans have trouble saving fiat money, let alone saving a rainforest or an entire people. It follows that, once people of African descent assimilate and integrate, “we” must systematically excel at many destructive, imperial luxuries. Instead of slices of bread Luther Vandross used to eat sandwiches with donuts—you can’t talk about Black education with a guy like that! It takes an incredible amount of internal, esoteric, human resources to gracefully and fluidly resist what so many call “the obvious” instead of propaganda hypnosis—what so many mistake for “human nature” instead of imperial revolutionary thought.

Don’t mistake this sentence for closet communism, but ‘decadent Americans’ are too savage to handle issues of consciousness—and education is an issue of consciousness. All this rainbow coalition of barbarians needs to know is that you don’t “like” them—and you could die the next day and they really wouldn’t care… With such a default, ambivalent, Roman-like low value for human life, you really can’t expect much…

And let me reward that happy few on this planet that actually made it to this paragraph. Since I’m not that funny, check out this comedy: “YouTube—George Carlin on materialism and consumerism”… For those of you that are actually serious right now, check out “Noam Chomsky: Propaganda and Control of the Public Mind” here in the kinté space.