Today’s Development of the Server Side

TFS annoyance number one: you can’t touch a Visual Studio Project connected to a Team server without logging in—another way of saying this is that you can’t work offline with Team Foundation Server. In “TFS/VSTS and working offline ... fallacy, challenge or no sweat?,” this guy named Willy says it’s possible using this magical tool: “4. When you are reconnected with the TFS home base, run the online tool (tfpt.exe online) before doing anything else and ‘do not’ argue with the tool or undo changes made by the tool.” Find this magical tool among Visual Studio 2005 Team Foundation Server Power Tools.

Visual Studio 2008: Over 3Gigs in Under Five Minutes!

It has been quite some time since I have been truly impressed by Microsoft (as a customer). I was going through the usual annoyances when it became clear that the MSDN downloads for Visual Studio 2008 required a new download manager from Akamai. This changed looked like another useless reorganization of the Redmond sock drawer. So I hunkered down under some virtual machine and fully expected that the 2008 download upwards of 3gigs of DVD-sized content would take “forever” in the background. Not so! Clearly this Akamai thing is using a kind of Bit Torrent technology because that load came down in minutes!

“Setting up SSL with a SelfSSL certificate on Windows Server 2003”

This article is saved for a rainy day. 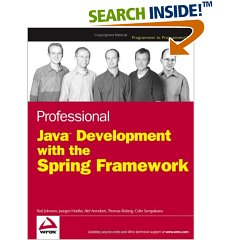 “Migrate your VMware image to Amazon EC2 (and back)”

This migration tool will cost money and should be a free feature from either Amazon or VMware.

The article tries to tackle a subject that I still have yet to master. There are so many variables of configuration the factorial combinations distract me…

I considered this tool for an alternative to mysqldump (because of my assumption that there is hard size limit).

I am unable to see in this “advanced” article from IBM any hint that cramming all of these frameworks together is ridiculous or at least a nightmare.

My first time stumbling upon a hosting service like this…