Today’s Links to the Client Side 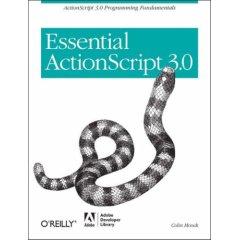 “Sparkline is a name proposed by Edward Tufte for ‘small, high resolution graphics embedded in a context of words, numbers, images’…”

So far it’s cool! Expensive but cool. My major gripe here is the way email is treated. SPAM runs rampant on A2 Hosting accounts—but this may be the artificial nature of the cyber beast.

Silverlight vs. Flash: The Developer Story

Jesse Ezell: “A few people didn’t like my [proclamation] that Flash is dead. This is understandable. It is a bit premature to make such claims, but the Silverlight model is pretty amazing. As someone who works with Flash on an ongoing basis, I thought I'd chime in with a more in depth look at the issues.”

I’ve installed it on one of my Windows XP virtual machines. Even though it’s Java-based it only runs on Windows…

The folks at wikipedia.org use this: “In order to make your streams as widely available as possible, we provide the Cortado Java applet as free software under the GPL. By embedding this applet in your website, you can give viewers access to streams from either the Flumotion streaming server or play a local file from your server without the need for a locally installed media player supporting the correct formats on the visitor’s computer.”

“being open about being closed”

“This is quite the brazen comment. ‘The community’ here are people who reverse-engineered the behaviour of Flash so that they could write tools to make the Flash Player’s platform more valuable, while Adobe’s license terms tried to stop them! They have put themselves in legal jeopardy in some jurisdictions (and Adobe has in the past had people arrested for producing tools that manipulate their license-protected technology) and James has the nerve to call them ‘the community’…”

“The minimized size of the YUI libraries is relatively small compared to similar AJAX frameworks, but maybe not small enough for the most demanding applications.”