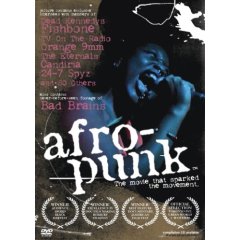 Director James Spooner has accomplished, in what appears to be an effortless tour de force, one of the most timely, nuanced, discussion-worthy Black documentaries I have ever seen, Afro-punk. Without the validating testimony of a single Negro college professor, Spooner gathered the interviews of young people “of color” (and a few ex-young people) to cover topics like these (within the context of punk):

To me, one of the most important messages in this film is to see how “black kids” can have all “white” friends and still have this yearning for a Black community. Whatever yearning coming from a brother like me with my “inner city” background has been too often forcibly associated with cartoon misrepresentations of hatred. In other words, a Black man cannot love Black people without hating so-called “white” people. This film goes a long way—with very little effort—to show just how ridiculous this gross misunderstanding can be. 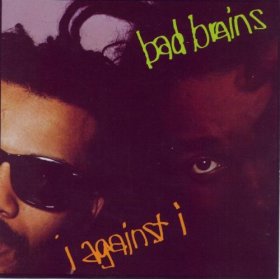 A very poignant move in the film was to see how these dozens of colored youth in the film were living in “racial isolation”—only Mariko Jones, clearly a relatively pampered child of the suburbs, was determined to be color blind with her situation (although she planned to make a “black-pride” t-shirt). The power of film editing showed them ‘together’ but Spooner makes it clear that few of these colored people of a common interest knew each other. But what this film does without “burning with hate” is to explain—especially to young people like my eldest son—why it is important that Black youth constructively come together under a common (counter-cultural, anti-corporate) interest…

It may be that the promotion of the film itself may be a catalyst to organize “black punk” youth culture in the form of afropunk.com. It remains to be seen whether the inter-generational critiques exposed in Kill Your Idols—namely, young people going a bit more ironically corporate compared to the older Bohemian originals—will show up in or around afropunk.com. Black people—even Black punkers—are not magical. Succumbing the lure of paying rent (even a mortgage) with a little sad irony—can be irresistible.

Not sure why I, an old black punk, didn't know about this film until 6, 7 years after it came out! WTF? Anyway, it was very interesting to hear Mariko Jones say the things she did. Now I know why none of the girls at the hardcore shows of my youth would even look my way. I feel much better now!