The Blog and “Krapp’s Last Tape”

Depending on your Blog reading device you might see the image above from the great, Irish DVD, Beckett on Film. This is a shot from “Krapp’s Last Tape,” starring the first guy that was killed by a Chestburster in Alien. This Samuel Beckett play quite adequately represents what my Blog writing means to me. For the most part, I am writing to myself—which may sound utterly ridiculous to people who are sincerely satisfied with their MySpace page. Here are just two (okay three) parallels from Samuel Beckett’s Krapp character that apply to me:

KRAPP: Just been listening to that stupid bastard I took myself for thirty years ago, hard to believe I was ever as bad as that. Thank God that’s all done with anyway.

What makes my matter worse is that I am flippantly confident that in 30 years time the only way I am going to take the present person I think I am right now as a “stupid bastard” is at gun point on psychoactive drugs in some fascist government facility.

It is this apparent lack of humility that too many people who are subject to my presence (in any form) find unattractive. Then (Pause.) this rather touching Blog post comes to me from 2005: “Dabblers and Blowhards” at Idle Words. When you read the words below, you can easily replace the word “essay” with “Blog post”:

These essays and this writing style are tempting to people outside the subculture at hand because of their engaging personal tone and idiosyncratic, insider’s view. But after a while, you begin to notice that all the essays are an elaborate set of mirrors set up to reflect different facets of the author, in a big distributed act of participatory narcissism.

There are at least two reactions here for “Dabblers and Blowhards.” The first is that in my experience people have been “too smart” to participate in what they perceive as my narcissism (and too, too often these “smart” people are seen by me as ones who are not happy with themselves in public or private—and they find it sad to see another person (like me) actually satisfied in any way—and this breeds a strange form of condescension and suspicion). 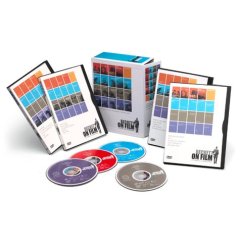 The second reaction is that, in spite of the very real possibility that many Ugly North American readers who stumble upon these words will find me sarcastic, “Dabblers and Blowhards” is actually very passionate and heaps huge amounts of attention on the subject under critique. It is very important to point out that this form of attention, parsing word for word, is very valuable to me. And this value is quite different from what a hard-core cynic might file under heading “there is no such thing as bad press”…

Getting back to these “smart” people aforementioned, these would very likely be the same people who are “too smart” to pay so much attention to someone they “dislike.” Their strategy leans more toward ignoring the despised and hoping they go away. For me, this “wisdom” is fueled by this very deep reservoir:

The “smart” person very likely has a childhood characterized by being ignored and overlooked—and they have no problem with attempting to pass deep pain from a deep wound to others. Such is the ‘shadow wealth’ of childhood inheritance. Let me be sexist a moment and say quite flippantly that too, too many women are plagued with this kind of pain. And my sisters are almost eager to put a n-word in a world of hurt.

Let me dabble with the racism for a moment and say quite flippantly that too, too many from traditionally oppressed peoples are running on auto-pilot fresh out of Stockholm ready to drop a syndrome. Years of experience with these people have helped me to understand (“forgive”) what is happening: I just visualize a person feeling like they will slip into an endless void, losing their very soul, should they ever concentrate on another person for more than 15 minutes. Some women call this slipping a fear of losing their identity—which evidently is far worse than losing “virginity.” I call these people cowards.

These are my suggestions for the cowards who can bear to get through this sentence (after me “arrogantly” accusing you of cowardice) and who are (finally) old enough to know they have a problem:

My favorite example of this staging is in “Endgame.” An elderly son sitting in a dank room with his parents in trash cans can’t do much more express what it means to be holistically impoverished and from the deep, deep ghetto of consciousness.

Samuel Beckett is the mentor of my most influential modern playwright, Harold Pinter. Listen to streaming audio, “Harold Pinter: Art, Truth and Politics,” here in the kinté space.