Flippant Remarks about “The fallacies of Afrocentrism”

I would not even bother recognizing this stale shit coming from some dude named Grover Furr, but those meddling kids at liberatormagazine.com took this stray cat in. So for their sake—nay, even their souls—let me run through this shit in my typical, Black, “half-assed” manner:

There is no evidence that Nefertiti or Cleopatra were ‘black’, for example. Nefertiti was not “white” (i.e. European) either (Cleopatra was either 3/4 Greek or, perhaps, entirely so, not Egyptian at all). 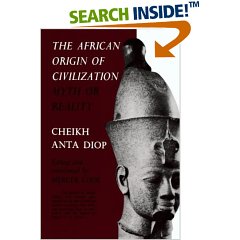 Whenever some dude (and I use the Texan word “dude” deliberately) says the “Egyptians were not black,” this is the first sign of typical white-liberal, Pollyanna, American insulting laziness. So, yes, the ancient Egyptians were not wearing sagging pants and sporting huge Afros. Got it. Check. This also means that the Egyptians were not sporting Shirley Temple curls and other European recessive traits.

The biggest reddest flag that tells me that I am dealing with an idiot is when they fail to follow the basic European rules of Egyptology and divide the Nile Valley cultures into “kingdoms”—the Old Kingdom, the Middle Kingdom etc. Whenever a Eurocentric appeal for “reason” is made they will often resort to skin color studies of Middle and New Kingdom specimens. To put this in American pop culture terms, it is like arguing that Michael Jackson is not Black by studying his children instead of his grandparents and old Jackson 5 footage.

Both Nefertiti and Cleopatra are not from the Old Kingdom. These are ‘modern’ Egyptians by my measure of Black time—the generations of Egyptians so reviled in the Book of Ezekiel. A rule of thumb is to take caution whenever you see a figure representing an Egyptian leader riding a chariot—this is equivalent of Anwar El Sadat stepping on an F-15 fighter. It is best to think of Nefertiti and Cleopatra as Beyonce or Paula Abdul. Me wasting my time trying to “prove” that these people were Black is falling into a typical trap (like the trap I am in right now) draining resources away from the vital activity of studying the Old Kingdom.

This statement is absolutely true but, again, depends on the nubile breeding ignorance of the super-fine, young, brown, college girl seduced by this distraction. The Greeks were in awe of ancient African people. Their concept of divinity, “Zeus,” dined with the “excellent Ethiopians” in Homer’s Iliad. It is the largely Teutonic-descending, modern Europeans peaking in the 1800s that erroneously, strategically and deliberately credited the Greeks for everything useful in civilization.

This lie was essential to hold their imperial/colonial system together. The “honor” in this lie (that is still told to this day) is that it can be used to protect European children. It maintains their cultural/intellectual self-esteem at the expense of African children. I am quite aware just how strange that last sentence sounds to properly assimilated people of all skin colors—so do laugh when you must but this is very serious. It is important that so-called “Afrocentric” Blacks understand this. So the next time they get into a situation like the one Dr. Leonard Jeffries got himself in, they should know that they are asking Euro-Americans to ‘sacrifice’ their own children for the sake of African truth. To expect this from Euro-Americans is to completely non-comprehend the collective history of Europeans in the Americas.

First of all, Cheikh Anta Diop—whom I so greatly admire—married a European French woman. It is important to mention this in the current context. People are complex and multi-faceted. It is my task to actually find this “interesting review of Jacques Pirenne’s History of Ancient Egypt” since the source is not supplied.

But what may help the author is for me to mention this report from J.E. Manchip White, his book, Ancient Egypt: Its Culture and History:

The lot of the peasantry, the third class of commoner to be considered, was a hard one. In ancient Egypt the rich were very rich and the poor very poor. The condition of the peasant under the absolute monarchy of the Old Kingdom was particularly burdensome, so much so that a savage social cataclysm was provoked. A tiny oligarchy commanded the physical resources of a vast labor force, organized in permanent battalions of fifty or a hundred men. …The gangs may have represented family units. The Old Kingdom peasant was bound to the soil. He was transferred from one owner to another as part of the estate to which he belonged.

Now, based on my earlier representation of the Old Kingdom, it seems that I have a little problem here. But, then, reading on in the same European chapter we have this:

If the Cotswold labourer of a century and a half ago received a shilling a day for his services, it is unlikely that the wages in kind of the Egyptian peasant were more substantial. Yet the soil of the Black Land was not the most heartbreaking soil in the world to farm, the bad years were not harder to bear than they were elsewhere, the Egyptian landowner was not notorious as a cruel taskmaster. The peasant was in general a cheerful, indeed a gay person, not commonly stupefied by fatigue and brutalized by apprehensive fear. He had his songs, his pastimes, his children. Above all, he had the sun. The obligation which he owed his master was a reciprocal one, and he was sustained by the knowledge that he was a member of a sound and generally stable social organization. The tomb paintings which have immortalized his activities were not the expression of an arrogant and domineering power bent upon the subjugation of the lower classes. …The history of the Egyptian peasantry in its warm and sunlit retreat is singularly free from the brooding terror which oppressed the poorest classes of the neighbor countries of the ancient Near East.

Whenever a self-described “Black,” “Afrocentric” scholar depends solely on historical reports from Europeans about Africans, that scholar is in trouble—even when the scholar is Cheikh Anta Diop. This is why any interested person must make attempts to study the native language that the Africans wrote and spoke. Even when you do this you often have to depend on European sources. So, for me, it ultimately comes down to the memory of my soul. (Cynical people may bark here.) This is a subject that is beyond the scope of this Blog or the entire Internet so let’s move on…

My study of exactly how the Old Kingdom of ancient Egypt came to an end remains. The assertion that it fell under revolt for its own greed sounds like the end of central authority in pre-Napoleonic France. One area of investigation is the possibility that the fall came as a symptom that eventually led to the illness of the invading Hyksos. 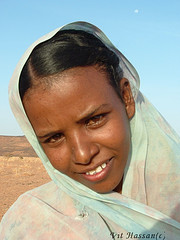 This statement is direct attack on Cheikh Anta Diop’s Pan-African theories leading to the Nile Valley Root. What is insulting and ignorant is that no time is taken to recognize Diop (here) and then make the respectful attempt to dismantle his theory—a great deal of it depends on “annoying” scientific evidence. What would have been creative and generous is to assert as well that the famous Greek intellectual root of “Western Civilization” is just like this supposed Ancient Egyptian one. This statement has the same seductive design as #2.

The last two assertions are not worth my time. They are not related to ancient Egypt or Cheikh Anta Diop. You are free to read the rest at liberatormagazine.com. I must admit that I am surprised that these remarks were given even 1 byte of space at liberatormagazine.com but now it renders clear to me what those meddling kids are aesthetically capable of… It looks like a typical attempt to appear to be “fair” and “balanced”—or perhaps “controversial.” It certainly worked on me… But, for me, only once… Now fade out this scene to the Scooby Doo theme song… Zoinks!

Whatever the nuance and finery we may have about “debating” this shit. The bottom line for me is that I would rather live in the “fantasy world” that has me descending from peoples of the ancient Nile Valley than the fantasy world designed for me by the collective European imagination—which is actually and literally for too, too many Black males a motherfucking prison cell at best and then the gallows pole…

So let’s run a little experiment to try to reduce me to absurd: let’s raise just three generations of African American girls and boys to “believe” the “false” assertion that they descend from the greatest civilization ever to exist on Earth. Let’s see what happens to these “unfortunate children”—let’s see what happens to the balance of world power… You wanna go for it? Hey! No cheating!

How do you know it was the greatest civilization ever to exist on earth? And why am I stuck in the Greek ghetto? You get to have ancient multi-cultural, civilization starting black history to sprout forth from and all I get is "your culture is based on Greek bullshit"?

You need to work on your game son :)

Edit: "Parallels with the past: Greek ancients knew a little about money, morality and self-restraint" [ http://n360.to/pQOy44 ]