Flippant Remarks about Standing in the Shadows of Motown 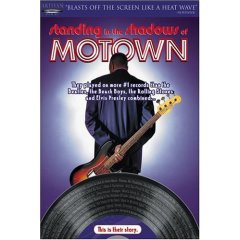 Paul Justman’s 2002 documentary Standing In The Shadows of Motown tells a story that all too familiar to me: Black, grass-root genius disrespected but never overlooked by upper-class exploitation. Any red-blooded American paying for gasoline surely suffers from exploitation fatigue and is probably too poor to care about a group of musicians producing more number-one hits than all the Elvis impersonators combined (including Elvis himself). 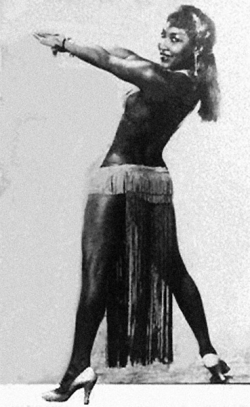 I am actually tired of hearing how The Funk Brothers were forgotten by even the people who supposedly have soul here in the States. What is more interesting is to add the technical and historical details of what The Funk Brothers actually did to the story of, say, Berry Gordy shutting the doors in Detroit and moving to Los Angeles without telling many of his long-time musicians (even the ones not on drugs at the time).

One example of this relatively new way to tell the story of Black people to a “mainstream” audience, is how an exotic dancer, Lottie the Body, had a significant influence on the rhythm section of the The Funk Brothers. Not to minimize (ironically) The Brothers (like Eddie “Bongo” Brown) but the relationship of dancer and drummer and how they influence each other is an African thang happening right in Detroit that is more powerfully specific than saying something generic like; ‘the Motown sound has African roots.’

Details like this help the innocent understand that “African stuff” has to be a living practice instead of a dead, empty ceremony of rhetoric. Many young people naturally make fun of or take for granted what came before them. Many old people assume that children do this because they are frickin’ assholes. However, we discover that some of innocent ones are simply lacking details and the relevant information. What was inspiring to me almost twenty years ago in the “hip hop culture,” were young Black kids searching through old record collections looking for music. This was of course done for exploitative commercial reasons but it also encouraged true researchers and true professional study of what came before in an authentic “urban” context (instead of a contrived, institutional one).

It was clear to me then that this DJ-research library science could have led to visual ways of sampling the past. And we should expect that young documentarians from the ’hood would be in there asking new questions—bypassing whatever (stereotypical) broken home they may have and building a new ancestral relationship with an extended family. But the numbers I have in front of me suggest that “adult supervision” from the suburbs is still required. But I’m still optimistic about crump-style documentaries that rival Ken Burns in academic content but with a bad-ass soundtrack and innovative ways to remix ideas that will rock the world…