“Where are the dope Silverlight demos?” and other links… 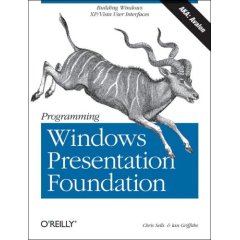 Doug McCune asks, “Where are the dope Silverlight demos?” I’m glad he went into the details of why I agree with this sentiment. The “killer app” is getting NetFlix.com going on Silverlight… Yes, there some Olympics stuff coming out but I don’t use the Olympics frequently—that “proof of concept” stuff is for the properly assimilated suits and khakis far away from a real grass-roots tech movement.

This Microsoft-Netflix news is closer to my Silverlight expectations but no cigar: “…Microsoft will be partnering with Netflix to offer streaming movies via Xbox Live and the 360 for those with Netflix subscriptions. The best part? If you're already a Gold subscriber to Xbox Live, the service will be free.”

Back in month 5 of 2008 from arstechica.com: “The New York State Supreme Court has dealt a blow against Dell by ruling that the company and its affiliate, Dell Financial Services, engaged in fraud, false advertising, deceptive business practices, and abusive debt collection practices.”

Unlike the many listeners of Windows Weekly, I did not have any problems installing and running Windows XP Service Pack 3. I had trouble finding it as a direct download. From ghacks.net: “Cautious users will be delighted to know that the official download links of service pack 3 have been revealed and that it is as of now possible to download the Service Pack 3 directly from Microsoft servers.” Just in case Microsoft moves the blue furniture around CNET, its download.com SP3 link, should be handy.