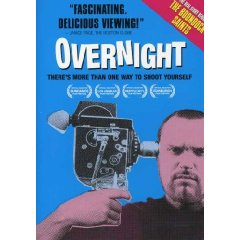 I’m risking my life on several African theories. Seriously. No, dude I mean seriously. One of them is that whatever happens to Africans now will eventually happen to the rest of the artificial under-classes around the world. So what I am saying is that Mark Brian Smith’s Overnight is a documentary of what happens to a bunch of n-words when they get some hint of Hollywood money coming their way. 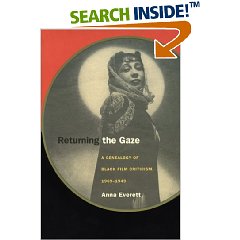 It is one thing to be young, gifted and Black with a flagrant, proud ignorance of the other young and gifted ones that came before. But it is an entirely powerful other thang to have a masterful grasp of history and a youthful zeal to add something new instead of being doomed to repeat that same old shit.

Mark Brian Smith’s Overnight is a documentary of what happens to a group of working-class Irish American artists who have not learned the lesson of Orson Welles. The life of Orson Welles teaches us that Hollywood does not give a f’ about your genius and is more than willing to waste your monkey ass for the sake of Roman fascist grips on power. Bruce Lee had a Kung Fu grip on pure human power and Hollywood still wasted his ass—and his son’s ass. Notice how I am deliberately not mentioning the Black tragic Hollywood stories here because I have learned how too many of my American brother and sister children of divorce learned to tune out the Black shit. This is why Mark Brian Smith’s Overnight should have more impact on a Negro Bohemian audience. Check it.

Editor’s Note: Hat tip to The Invisible Woman for a free-association reference to the book Returning the Gaze: A Genealogy of Black Film Criticism, 1909-1949. Read her interview, Michael A. Gonzales: 7 Questions from Invisible Woman, here in the kinté space.