My Theory of Girl Chasing

As the fine woman behind Brown Sugar embarks on a new enterprise, T-Time, my eye cannot help but capture this one:

The reason why so many men today think that they have to do so little to attract quality chicks, is because they don’t. Too many women out here will do whatever it takes to find, get and keep a man, turning the whole natural order of the dating world on its head. Women are doing the chasing and men are doing the choosing. And apparently I’m the only one who seems to think something is wrong with that. 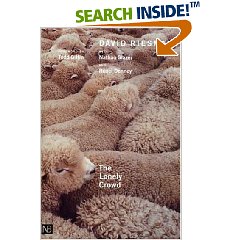 This reminds me of the Garret Morris skit on the old SNL in response to a Rolling Stones lyric about Black women wanting to have “sex all night long”—just where are these women? Actually, coming from my west-coast North American perspective, I know where they are and I am not willing to go into debt (just from the acting lessons alone) to go there…

Firstly, for my Brown Sugar babe, my wild guess is that she has been biased by the college scene. You see, I ended up at UCSB in my twenties back in the late 1980s—the population of Black women was very small there. We did not dominate enough to have a “dating world.” On the east coast, a collegiate setting, packed full of educated sisters, would have placed me in that “wrong” place Brown Sugar is talking about. But, on the mean streets far from the campus, the only time I have seen (adult) Black women openly chasing Black men is when the possibility (real or imagined) of being near one million or more dollars is involved. Now… for non-Black women the story is a little different—and this can make me quite angry—which can be quite surprising to far too many Black women—because they are even angrier and filled with incorrect assumptions and frustrating inaction (but this topic is beyond the scope of this rant).

Now I have also seen what appears to be adult Black women chasing Black men—but it really wasn’t… What really happens (most of the time) is that Black women (all women) are competing against each other in a social setting (what Jimi Hendrix called “the scene” in that oldie but goodie “Foxy Lady”). The males (of any skin color) taken seriously for consideration in this social setting (is it the “club scene” these days? —or is it the college scene? —or is it the church scene?) are merely prized, token targets for the women. Often this activity is not completely conscious—it just happens. It is similar to the classic story of two blood sisters competing for the attention of one, designated guy. Oftentimes this stuff gets down to the level of natural survival instinct in artificial scarcity.

A woman can feel domination over other women by capturing a male prized by all within the scene. Because of this woman-to-woman competition, they are willing to do that “wrong” thing and chase. In my experience, young women with some kind of ‘childhood issue’ (usually related to her father) will chase a guy in private and in secret. Women—especially women of color with a strong missionary education—know how to deny themselves, very, very well. Bulimia is just one way a woman knows how to starve herself—don’t think my big, thick sisters are not doing the same thang—but in a different way. In my idealism, no one—male or female—should chase or starve at all. But who cares about my non-Olympian ideals when a girl is training for the Olympics! From anon to agon!

For many, competition is everything. Recognition of supremacy is the American way. There is no point for many socially “well”-adjusted females to have a great guy by her side when “nobody” knows about it and “nobody” cares about it. To me, this is another way of saying that people—especially people “of color” who are proud to call themselves “normal”—do not value having a deep, rich, inner life. This is why the television is always playing in the background, keeping “us” company.

What can be extremely uncomfortable to more than a few of my insecure, socially-overactive sisters is their discovery that their “friends” are not happy for them when they show up at the house party with one of the few, undeniably handsome, do-right males on the premises (possibly the entire city). The always-deniable jealousy can get thick at times—to that level of savage, subsistence-level sibling rivalry. Certain sensitive guys may notice this when suddenly they are getting more female attention because the females saw you with one of the girl-“friends.” Stupid guys assume that this attention is for them—but it is really a woman-to-woman thing. I find this behavior demeaning and insulting (now).

But I am not so smart and it is far easier for her to hate me and start a new life with a new “man” putting the ridiculousness of her youthful (and sometimes not-so-youthful) social experiments behind her. My ‘reward’ for chasing this girl is that she grows for the better as a person—but she takes her newly grown self into a new “pure” relationship where she can do no wrong (she hopes). She’ll have a better (false) sense of control there (she hopes). I have learned that an American sense of control is related to American slavery—the archetypal slave master’s sense of “liberty and freedom.” It, of course, is ridiculous and insanely ironic to associate a Black person’s sense of domination with the stereotypical slave master’s—so you, reader, have a choice: you can call me ridiculous and insane or you can call an entire social structure with millions of eagerly-participating, properly-assimilated people ridiculous and insane. Hmm… which one of the choices is easier? You know, fried locust might taste like shrimp… 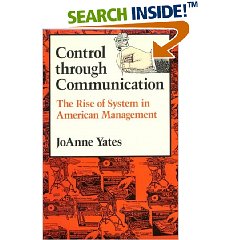 Do I sound bitter? Let’s get some American perspective. Note how I excluded the “friends from family” in my list above. The high divorce rates and employment-related migrations make family friends a rare, precious possession. I can’t go around feeling like a victim when so much poverty is obviously all around me. I don’t care how much fiat money you have: I know what poor people look like. The teachings of my African ancestors show me how to see. Precious few people transcend poverty with active imagination. This situation is by design. This is not some “curse” put on lonely me. It is the manifestation of oppression.

So, anyway, since sweet Brown Sugar covers the female perspective on chasing boys, I’m free here to flip off a few toward chasing girls:

I will readily admit living in a college town is killer. And the chicks here do CHASE. It's funny 'cause the guy I'm dating now is apparently the "it" guy in his circle of friends (he's 5 years younger than me so we run with a different crowd) but I don't get it. lol. I mean I like him 'cause he's sweet...but to other chicks he's the guy to have...and they enlist in mortal combat to do so...lol.

By "chase" I simply mean the normal courtship ritual: dinner, movie, some hanging out and by the 3rd or fourth date (usually over a two month period) a decision whether ya'll want to be together or just be friends. Simple. But NOOOOOO. Like u say, no one is really looking to settle these days. Not really. So eh...what's a girl to do.

I'm not a girl who has to have somebody. And sex is easy to come by. So I'm cool with standing by my convictions so to speak:-)

Oh and what is your IQ by the way?

I see where you are coming from with your definition of "chasing"... it feels like another Blog topic for me to explore... I literally do this for my health you know... I'm serious.

Now Hemingway is known for his economical, easy-to-understand style. I get the impression that my few readers (and my many non-readers just skimming) see my work as "deliberately" confusing, over-formal and nonsensical at the same time. Having taken the time to carefully look at as much information as I can about writers who are celebrated and respected, I don't see much "reward" in "winning" over readers. Even the money is not that hot---this is why screen writing gets so attractive to full-time writers.

This sounds "crazy" but it is liberating and more interesting to find out just how many people on Earth really cannot give a damn about what I am doing...

My IQ? I thought they stopped measuring that shit a long time ago... Back in the day, the State of California defined me as a "gifted child" ...you would think the girls would chase after such a cute kid... Nope.

I'm a scree writer by education. But now that the Writers Guild have ben over and allowed the AMPT (is that right?) to the rape them...writing, anywhere, isn't as lucrative as it used to be.

I really need another profession.

I said Heminway 'cause he had those long ass sentences...or I may be getting him confused with someone else. shrugs I had to read so many o those damn dead white guys that they run together in my head these days. I too was classified as a "gifted" child.

Funny. I got chased quite a bit. Maybe it only works for girls:-)

Damn this MAC! The keys are sticking...ARRRGH

The long ass sentences will most likely be from English writers like Dickens. But I am no expert on this---but writers in his day were paid by the word. I write in this English style mostly because of Monty Python. I think it is funny but readers that assume I take myself seriously often fail to assume that I am being funny. Chris Rock had the same problem: his early work was too subtle for the stereotypes of the time (like right now)---eventually he bypassed the Franklin Ajaye style and came up with a field holler the people can understand.

Hey Bryan. I just wanted to take the time out to thank you for writing this piece. I have found myself revisiting it often, each time checking off the six bullet points while shaking my head. Someone indirectly told me once that either I like "chasing women" much more than I'd like to admit or I do not think myself worthy of better. I am not sure what final experience it took for you to have a foundational shift and cease the chase. I've had a couple of premature victories. The most recent is my current relationship. Your words help me in these moments for even though immature emotions prevent them from effectively intervening in my self-injurious path, they still function as a sort of north star. But then again, I know this last sentence is a bitchass cop-out of "hope." Sigh.