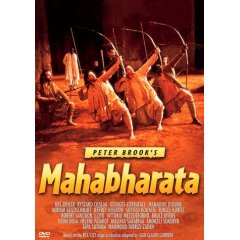 Suppose you are a chap with the boyish charm of Jean-Louis Bergougnoux with doe eyes gleaming through the five-o’clock shadow of love (like an unshaven Mathieu Amalric) and let’s pretend you are dating the most stunning Francophone African Woman I have ever seen (but I will never really meet). You, of course—through preexisting socio-economic conditions that are ‘accidentally’ to your advantage—have already gained access to her. Even though this babe is fluent in English you can speak French—which is like her native language. After years of post-modern, mass-media missionary education, she finds you attractive and completely fascinating. You might want to impress her with a dinner party for two at your plush flat with the state-of-the-art entertainment system. You have taken her outdoors already and now it’s time to get her near your bed. My suggestion, old boy, are these two films: Sia, The Dream Of the Python (Sia, le rêve du python) and Genesis (La Genèse). 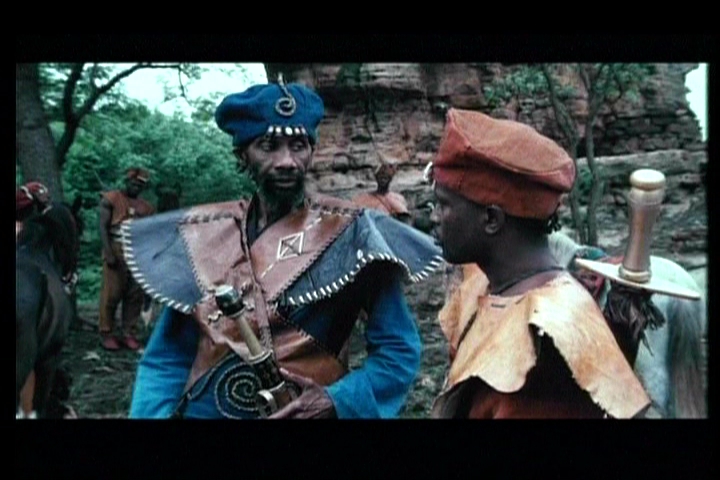 What is most important is that you have two films to show to your darling because this means she will either have to leave your incredibly comfortable flat too late at night or succumb to staying over and getting it on. But do mention first that both of these films star the legendary Sotigui Kouyaté—who is like the Morgan Freeman of the French-speaking world. This implies that you have a truly talented older black man that is extremely agreeable with white authority figures—both in front of and behind the camera—to safely admire. You can go even further and expound on that incredibly fruitful relationship Sotigui Kouyaté has with Peter Brook—the jewel crowing this collaboration is my favorite (seriously), The Mahabharata.

Over dinner you and your luscious, highly-educated, professionally-employed, sable temptress can celebrate how European film crews help make African cinema happen. Both Sia and Genesis are warmly embracing European artisans. The probability that your beaux is aware of how, say, Ousmane Sembène regarded this situation is very low.

By the time Sia and Genesis are over, your woman will have witnessed two rapes perpetrated by African males on African females—one in each movie. She will have endured about three hours of depressed, violent, almost totalitarian, fictional-but-pre-colonial African societies. Yes, some viewers may understand that Sia is based on a fable and Genesis is based on another legend. But the fictional worlds of these films just kiss fits with the whitewashed history that Europeans have been telling young Africans for centuries—Africans like this young, sleek, sexy African with silky long legs sinking down into the cushions of your thirty-five-hundred-dollar couch. And the subconscious force of these messages works so well on your girl as she melts into your arms—you seem to be like a refuge to her—and you just want to lick that chocolate! She can turn away from that horrible African imagery and escape into your aesthetic.

Incredible! You have paid your respects to African culture and completely dismissed it at the same time. She’ll never figure this out! Since she’s already sitting on your bed—that Sonno Versa CoolMax Mattress (~$3000), she would not want to… 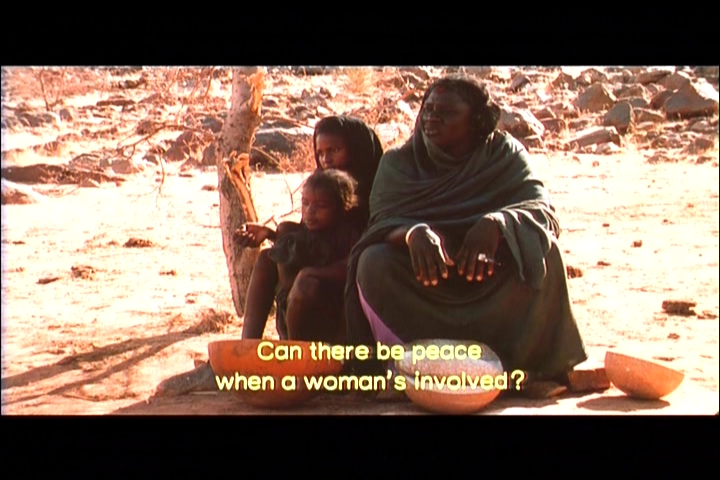 So, dude, since your cosmopolitan African woman has been conditioned since birth to compete vigorously for you, let me leave you with some tips (not that you really need help) just in case you want to go overboard with the cake and its icing:

It’s crazy how they plug it into our heads. But that’s not aid. These are contractual arrangements. We are bound by agreements. When we make a film with French and European agencies, they get a piece. They have their rights when the picture is completed, and they use it to their own ends, in addition to cataloguing it in their libraries as if their own. On the other hand when I make a film with their participation, I contribute to the development of their film industry by hiring their men and women. They don’t help me! Nobody helps me! I’m not a beggar.

Surely these exclamations from some old, strange, Senegalese man sound like the little whining intonations from a distant pedestrian several steel floors down from your lush rooms. You turn from the window’s introspection and see the moonlight gleaming on her sleeping body. The soft, tight curls of her natural hair seem to twinkle with every inhale and exhale of her hypnotic breathing. She would often complain about how her own brother would tease her about her “natural” hair style. But you truly find it beautiful and she clings to you for this too… You are very pleased that the African love of your life decided to stay.

Author’s note: In case you are an actual Black woman reading this “drivel,” then check out the ‘flip’ side of this so-called “interracial” thing in my streaming audio spoken word, “girlfriend is paulacole” (in my collection “Bryan D. Wilhite: Invisible Man”), here in the kinté space.

Pls, help a Brother out & break it down: how are the auteurs "ultimately insulting themselves"; I missed a bit.