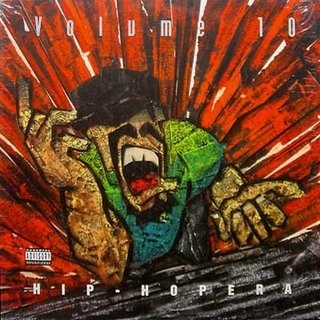 My introduction to attractive thug music was literally in front of The Good Life in the 1990s when a Ford Explorer rolled by me playing a song by Volume 10 called “Pistol Grip Pump” (my version of this song comes from an album called “Hip-Hopera”). As the suspect’s vehicle rolled by, within seconds, I knew I was listening to a hit (it is important to recall that this type of music is intentionally designed to be effective in a moving vehicle with loud-ass speakers with a high bass response). It took years for me to actually find the Volume 10 version of this song—but in typical white-history fashion I collected Zack’s version first.

In disagreement with my more informed homey, R/Kain Blaze (who implemented The Good Life open mic’ before anything having to do with rhyming to beats with a mic’ appeared in public in the Crenshaw/Leimert Park area), “Pistol Grip Pump” represented an historic innovation of how to approach rhyming “off beat” and then getting back on beat. When you hear the line “Just don’t be pointin’ no more of those guns” and the answer “A’ight man” this level of casual, street-level, real world conversation was literally fresh. As a contrast, just play back some classic Run D.M.C. and hear how their voices were almost mechanically ‘obedient’ to the beat (“…’cause it’s like that and that’s the way it is”). The Rebel without a Pause, Chuck D, got off beat well before Volume 10 (and Kool Keith of The Ultramagnetic MCs was no poly-rhythmic slouch either) but Volume 10 just gets buck wild—wild west-coast wild.

In my little history of the world, Volume 10 made it artistically possible for Mystikal to take this wilding to an extreme with a James Brown, gut-bucket, Dirty South, field holla in a Master P joint for Silkk the Shocker called “It Ain’t my Fault.” In the “explicit” version of this song, this is what Mystikal says:

Five hundred niggas talkin’ ’bout what they go’ do —how they go’ ruin my day. Not one of them niggas be talkin’ like that —when they come ’round my way. Hold your mouth as tight as you can. Don’t ever loosen your lips.

I’ll make your tightest hardest rapper brush his teeth —with my dick.

Without any help from Pollyanna, effeminate, Bill-T-Jones-looking Black men with leather-bound, embossed Mapplethorpe date books, I disliked what Mystikal says here the very first time I heard it. The horrific details of my reaction come from Toni Morrison, her Pulitzer-Prize-winning masterpiece, Beloved. On page 127 of my 1999 hardback “gift edition” of the book we have this:

Chain-up completed, they knelt down. The dew, more likely than not, was mist by then. Heavy sometimes and if the dogs were quiet and just breathing you could hear doves. Kneeling in the mist they waited for the whim of a guard, or two, or three. Or maybe all of them wanted it. Wanted it from one prisoner in particular or none—or all.

Occasionally a kneeling man chose gunshot in his head as the price, maybe, of taking a bit of foreskin with him to Jesus. Paul D did not know that then. 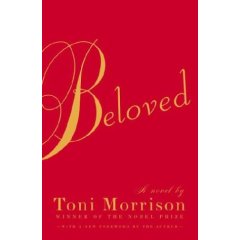 It is important to understand that Toni Morrison is trying to dramatize historical events from the era of legal, North American slavery—and the era of Reconstruction. Paul D was in a chain gang under the whim of white southern guards. So, when I hear Mystikal hundreds of mufukkin’ years later from New Orleans, Louisiana talking about making other “niggas”—other males—taste his wiener as a display of power over other males, I am deeply disappointed (but not disappointed enough to throw this song out of my MP3 collection). For this reason alone, the conceptual aesthetics of so-called gangsta rap have always been 99% garbage to me—while studio production values and entertaining delivery have often been appealingly tight.

By the way, what is also important to understand is that Toni Morrison has flawlessly executed what too many women to this day would dismiss as impossible: a male rape scene. This threat of male rape is also what Mystikal is bragging about… I have no idea why a heterosexual rapper who has spent no sexual time in prison would want to even say this shit. What Toni Morrison makes me think about is that these white prison guards have to speak to others about their work day—they also have to brag about how many “nigger” mouths they ejaculated into… remember, kids, these guys (including Mystikal) have to already have an erection in progress before they can get the rape started. All of this requires a certain kind of imagination and aesthetic. For those of us who simply refuse to see how this vision works, I suggest that we look at the work of Harmony Korine in “More Shots out at Slavery.”

The sad and real possibility is that the imagination of Mystikal—and all 500 niggas trying to ruin his day—is a direct descendant of white men with shot guns getting blow jobs from chain-gang bangers. We can also throw in all of the young, impressionable, very rape-able, African slave ship cabin boys as well. This is another example of the absence of Black thought in black pop… It should then be crystal clear why and how thug music from African America has taken over the white world (including the urban youth cultures in Africa) when Chuck D and Public Enemy are relatively forgotten. It is because this thug music has illegitimate white rapist fathers—and this white illegitimacy of Blackness makes it legit in the “mainstream.” It takes a nation of millions to hold us back.

For more details of how thug life comes from post-slavery conspiracies (yes, you did read the word conspiracy), see “Bryan Wilhite: The Constitution of the United States.” You can also watch the cleaned-up version of “It Ain’t My Fault” on YouTube.com. The use of white men in a prison setting in this fantasy video is not a happy accident to me. It is important to remember that the forces behind this production are the black men leading the economic charge in the pop world.