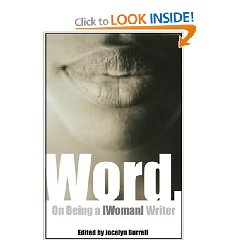 Suheir Hammad (via LiberatorMagazine.com): “I know women in their thirties who’ve been celibate for years, because they were so promiscuous in their twenties and we went through the booty-call nineties. Because in the nineties you had the sense that you could sleep with anyone you wanted, and we thought we knew enough about safe sex. And there wasn’t any reference to the emotional reality of sharing yourself with people you didn’t trust. Some of my friends are able to make the distinction between love and sex. And they go to parties and really enjoy being in New York City. They have their mad money, so if you get mad at the guy, you got cab money home.”

I really, really appreciate Suheir Hammad talking about this celibacy thang and its cowardly irreligious piety reigning after being an atheistic, secular “sinner.” Not having a “reference to the emotional reality of sharing yourself with people you didn’t trust” is another way of saying that too many good-looking chicks are just stupid—in a stupor of slavish non-consciousness. By the time they wake up from their societal trance most end up looking like Gloria Steinem (she actually looks pretty damn well for a 74-year-old American woman).

By the way, no one outside of the swaddling of social acceptance by a sick society should “really enjoy being in New York City”… Women having “mad money” and making “the distinction between love and sex” is just people with vaginas talking like they have barbarian patriarchal balls. Of course you know, “liberated woman of peace,” you really mean war…

Steve Bucci: “Money is indeed a major cause of conflict in relationships and the No. 1 cause of divorce in the early years of marriage. Klontz believes you and your husband may have some competing beliefs about money that drive your financial behaviors. He calls them ‘money scripts.’ Formed in childhood, scripts often have strong emotions attached to them. They often operate outside of our immediate awareness—sort of like the memories I associate with baking smells (thanks Mom!).”

Although this article excerpt focuses on the autopilot “money scripts” of males, this scripting stupor is not alien to women. And since my hometown is so close to Hollywood, it is no accident that the most scripted people on Earth should come from my backyard. Habits are stronger than love—and love requires hate. So there must be something better… but most of “us” are not looking for this better stuff until “our” Hollywood scripts run out and our show is cancelled.

“THOMAS JEFFERSON AND SALLY HEMINGS: THE MASTER AND THE ENSLAVED BLACK WOMAN”

Ann: “Until the day comes when an enslaved woman can have a say-so over her body, the children that come from her body, and how and when she can decide herself what she will or will not be able to do with her body, the word mistress will never be used by me in the same sentences with the words slave and master, regardless as to whether it is Thomas Jefferson or any other white slave master.” 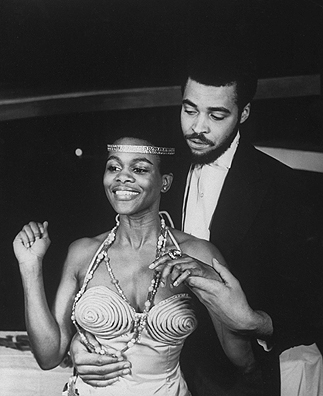 A woman (?) at liberatormagazine.com: “It’s rare that I get to experience reflective moments of being a woman. Issues of race are where my passion and my anger usually lie. But when it comes to gender I tend to dread the language of gender politics—sort of like how I used to try and quickly read over words like ‘civil rights’ and ‘slavery’ as a child. I knew that if I read too deeply into these words, if I even looked at one of them too long on a page in a history book, that I would find so much pain. I didn’t think I could handle it. I would come to find out at 17 that after the pain comes such beautiful freedom. And now more than a decade later, I am a woman. And finally, I’m allowing myself to look deeply at words like ‘patriarchy’ and have a real response. Numbing chills that have me wanting to check myself.”

The American-corporate-sponsored egocentrism makes each new generation of “urban” youth more sensitive, fragile and violent than the last one. So when I say that I read something like what is written above many, many, many times before, this should immediately make the properly-assimilated reader tune out. What I am supposed to do is seduce the sensitive (and violent) with impotent encouragement and superficial deflection. What this forces me to do is engage in the very same pimp-game, mind-control tactics that has fucked the world up as it is right-the-fuck now.

I remember being 17 years old. I remember hundreds of other people being 17 years old. Whenever some “adult” tries to tell me what a 17-year-old can’t think or how we need to construct handicaps for a 17-year-old, I know I am talking to a mediocre “adult” who is not involved in the development of truly great people but are more like employees taking home checks from some bullshit after-school program.

Here, from the rasx() context, is how one human being reads carefully the text from a 17-year-old above:

And never forget: there is a difference between a feel-good, American, religious experience and being truly transformed by knowledge. Seek ye the difference and this will cause you to move toward what is everlasting…

"Do not seek “approval” from outsiders. It is all within you. Some outsiders can only show you the way back to yourself."

Beautifully stated, and oh, so truthful.

Thanks for the pingback, and thanks for the Romans chapter link. It is right up there with my favourite chapter of Ephesians: Ch. 6.