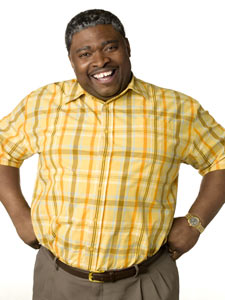 The famously funny LaVan Davis prayer in Tyler Perry’s post-modern Christian theater says it all, “Thank God for chicken… didn’t have to do it but he did…” Before I go on, I must take the opportunity to shout out to LaVan Davis as a comedic genius! He reminds me of that one funny kid from my childhood elementary school classes who could make me laugh by moving his wrist or his foot—this is Black clowning that can never be replicated by foreign admirers as it requires that muscle twitch response that we African peoples are only supposed to have (as a supposed consequence of having low intellectual power—but this fast twitch response is bio-electrical—and the brain is also bio-electrical, hmm…).

Chicken is supposed to be a Black staple that goes all the way back to Africa. But there are a few problems with our chicken prayers (and having meat as a staple). Chickens or fowl do not come from nature—they come from the man-made manipulation of nature—so we cannot thank “God” for chicken. So, to whom are “we” giving thanks? According to Wikipedia.org, we are going to have to thank the children of Babylon—because Chicken is an ancient Egyptian, imperial 18th-“dynasty” import from Asia Minor, which in turn, inherited it from the Far East. I strongly suspect that Chicken flowed into Africa along routes similar to the ones of Islam and Christianity—so I guess we can thank “God” for chicken. Did I just contradict myself? ah… must be my low African intellect.

It would be interesting to read a historical study of animal domestication in Africa to get a better idea of the scope of this activity. It might be an error to assume that animal domestication and agriculture have the same proportions because they must go together. There are other questions too about any indigenous African precedents before or substitutes for chicken.

On the contemporary health front, I am not seeing any conclusions about whether chicken meat—specifically chicken breast is acid forming. But with beef, it is clear that it causes acidic blood—especially cattle raised on grain, compared to grass-fed beef. Nevertheless, the industrial food production techniques in the United States place efficiency over safety. This means that a cow must be “enhanced” to produce more milk and fowl must be “enhanced” to produce more meat mass (mature faster). Self-described “average” Americans, having faith in American industry, are chewing and swallowing these “enhancements.”