Careful Remarks about My (Microsoft-based) IT Job Market I have paid dearly for the experience gained since the brutal winter of 2009. My resume is extremely attractive and I pay for it in the form of ridiculous mobile phone bills—my few hundred, business-hours minutes depleted easily with loose talk with recruiters (headhunters). I’m ready to try a new phone plan but would like to keep my number. I have talked to at least three dozen recruiters from all over the United States (and probably live from India). I have examined at least 50 job postings for the Southern California region (with a few in New York)—which, sadly, duplicate far fewer actual jobs. Since, I am about to start a new contract gig on Monday, this should be the right time to record the essence of my journey through the wastes.

Foremost, these background/historical observations are required for sanity checking:

My self-motivated professional goal is to find a power position in what I call the triple threat: WPF/Silverlight/ASP.NET MVC. I am willing to relocate just about anywhere to work with WPF/Silverlight on a team that can teach me about multi-threading/concurrent programming on the client side. Don’t look for my suitcases yet: there are few companies that I am aware of that house these skills. These are elite outfits that should be high-class enough to never dare to use Dice.com, Monster.com, CyberCoders.com, etc. 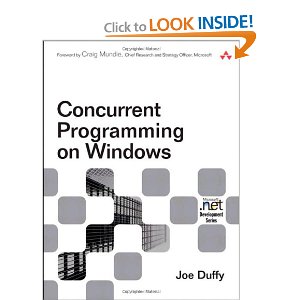 I talked to a company directly (no headhunters) called lab49.com in New York about a Silverlight position. I was simply not qualified to work for them—for raw, explicit, technical reasons. Period. This fact did not make me sad. It was exhilarating… joyful… you don’t get a degree in physics being sad about not knowing something you know you should know—you see: there are things managers might want me to know (usually by rote) and there are things I know I should know. Lab49.com reminded me that I need to know about concurrent programming. I actually have to read books about this subject.

There is only one, huge WPF shop in Southern California that I’m aware of: a company called CCH, based in Torrance, CA. They are converting a huge tax software application over to WPF—it has about 90,000 forms. I was told that they are “working with Microsoft” to eventually eliminate the need for BAML because of the massive amount of forms involved. 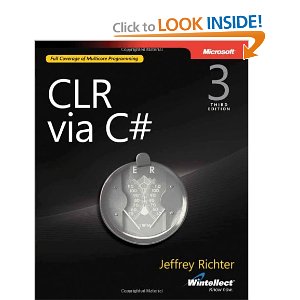 Since I am so passionate about WPF they should hire me, right? Not so fast: during the phone screen I was openly wary of pushing the envelope far, far beyond what WPF can do out of the box. My non-positive attitude about this position was clearly not attractive to the hiring folks there. It frankly pisses me off to be in a situation where the new technology we are using is still not “good enough” to the people in charge. This effectively means that there is nothing a developer can do on their team that is “good enough.” We’re just supposed to quietly take our pay and be grateful to be tolerated by such revolutionary visionaries. I prefer to be frickin’ amazing in the workplace—I prefer to excel and exceed reasonable expectations. The vulgarity of the endless well of greed coming from many management teams is sickening to me—and my sickness is contagious (so bring on the quarantine and disposal).

Most .NET jobs in my market are ASP.NET jobs. The biggest ASP.NET shop in Southern California is probably MySpace.com. I spoke to some MySpace.com people in Beverly Hills about a week or two ago. The problem there was, by the end of the interview, I realized they were looking for a jQuery expert—a person that works with jQuery so much that they have memorized stuff that most of us can look up on the Internet. I presented myself as one who uses jQuery within my ‘triple threat’ scenario. They weren’t looking for this triple thing—they wanted one ‘threat’: a jQuery dude. Let me just say that MySpace.com has its own internal recruiting staff. These folks handled the deal. Somehow this focus on jQuery escaped me before I went into the interview… no prep’…

Most .NET jobs in my market are ASP.NET jobs—very few of these are ASP.NET MVC jobs. I think I have about 12 months to work with ASP.NET MVC (and jQuery) in Thousand Oaks.

I’m experienced enough: so here some notes about headhunters: There are essentially two kinds of managers: a manager who can do what you do (making you an extra pair of hands) and a manager who can’t. I would rather work with managers who can do what I do from a position of obvious, repeatedly-verifiable, technical superiority—this is the most psychologically comfortable work situation to be in (especially in the sub-consciousness background radiation of racism, fascism and sexism). In this ideal situation, only I have to control my insecurities and my sense of gratitude is sincere and deeply appreciated.

With more experience gained, my work situations have been less than ideal. This is non-intuitive to most (young) people who would describe themselves as “logical”—but we must understand that management is largely a political activity. Middle managers have to deal with a great deal of bullshit from above—especially when it is clear that IT is considered an exotic cost center. Only a few courageous managers act as a firewall between the relative “purity” of tech and Enron-style executive culture. Remember, it takes sound mental health, courage and honesty to say that you are an obsequious, duplicitous, backbiting coward—most people weave complex systems of rationale to avoid such self realization.

So here are a few psychological stalemates between me and authority figures from my almost-20-years in the IT business:

The fundamental error of racism awareness is the (often non-conscious) assumption that racism is a perfectly isolated human flaw—and everything else in the racist’s life is going very, very well. Racism to me is an indicator of a larger lack of imagination, diminished creative talent and weak intellection. The same decision-making mechanism that concludes that, say, I am inferior in some way is the same facility used to run the whole business. So how is business going in the world today? How do the most profitable businesses in the world make their dough? How does, say, the Earth respond to these profit centers? Is the Earth itself inferior to these brilliant minds?

Prejudice has been more directly destructive in my life in personal relationships with Black women—not in the institutionally racist workplace strangely enough. When a person assumes (often subconsciously) that in spite of what you have done, the next thing you do will “probably fail”—this person is not your friend. They don’t have to be an “enemy”—just know when one is not your friend.

Hi, I found your website by searching for racism in IT. I am so frustrated that I just started pulling at straws here in Michigan. I am in a software testing program and although I Have a few Comptia certs I cannot seal the deal here. I get the excited phone calls and go to the interview and they are suprised. What hurts is the fact that these are low level help desk positions. I am not a coder,developer,analyst or computer scientist. Reading your post helps me realize its not my imagination but my GOD what am I gonna do. Its like the certs mean nothing with my skin. Here in Mich you can't even smell a job without these damn recruiters. Reading your post just made me feel better but scared at the same time. Like should I keep getting certs or what. Some of these uknowwhats seem angry that I even have them. Any more feedback would be greatly appreciated