Ostracizing Remarks about Being Ostracized

The recent UBM post “A pissing contest at BlackProf.com” really opened up the subject of being ostracized for me. For you gals and guys out there with the stiff upper lip, taking for granted that you are deeply entrenched in several organizations you may liberally call “communities,” you should have pity on me for being ostracized. “Ostracized” is probably my middle name—but, you know, with American slavery and all, who really knows what my name is…?

The screenshot below is an excerpt from the Google Book version of Ostracism: The Power of Silence. It should set the tone for us—I mean for me (since I am the only guy on Earth, apart from maybe my eldest son, reading this article): 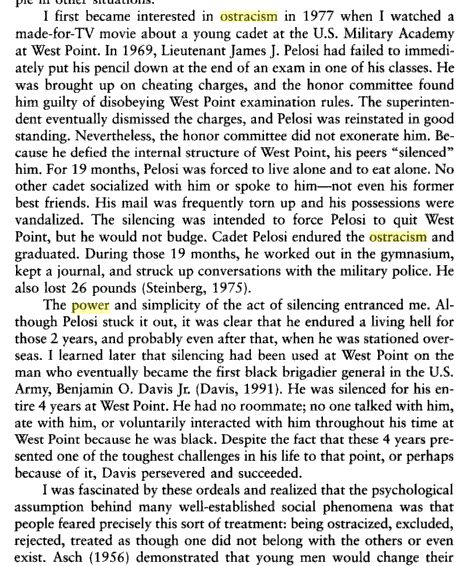 The passage shown above goes on to discuss how people will actually change their perception of a measurable object in order to avoid the remote possibility of being ostracized. Since “Ostracized” is my middle name, I am immune to such bullshit—and this braggadocio alone encourages even more socially acceptable cowards to ostracize me. These cowards must ask, “What keeps Bryan going? Surely by now must driven crazy by being left out of so much community.” Hey, pal, I’m glad you ask such questions. The short answer is this: Since I grew up in a functional, Black, working-class neighborhood as a child, my formative years did not feature being ostracized. This implies several things—here are a few:

You see, being ostracized from a Tantric organization of heterosexual African women scholars and nature walkers, aged 30 to 40, who are also vegan chefs, would break my fucking heart right to the red meat. But being left out of most of these tricycle, poot-butt organizations, teetering toward dysfunction under white-supreme oppression, might have been very painful as an adolescent but as an adult is too, too often a blessing in disguise. Joining the wrong social organization(s) as an “urban” adolescent while your working-class neighborhood systematically degrades into a divorce-ridden ghetto can literally be deadly. Just because I now have access to relatively “upper class” formal and informal organizations as an adult does not mean a double (or triple) standard should be developed to evaluate these “elite” groups. When shit comes through any sphincter, it’s just that same ol’ shit. 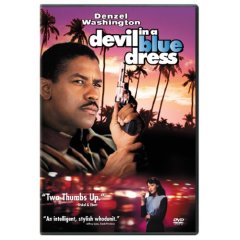 Being an outsider and a natural-born thinker, allows me evaluate the benefits of many organizations and social groupings as an outsider—without fear of being ostracized. Since most of my time in solitary confinement is spent reading about people and listening to people, my database gets full and functional, revisable generalizations are made. Most organizations in the world do not measure up to the benefits I received as a child growing up at 1355 West 70th Street in South Central Los Angeles. It is just as simple as that. And for me to take steps to explain why this is my reality means you don’t come from where I came from. You see “the problem” of actually remembering where you came from? Most of you think you are having fun—you have no idea homes…

On cursory inspection, it appears that Mill's career and persona are founded on aggressive teen girl behaviour. Based on that edited exchange, my prior discursive history with the proselytizing fundamentalist creationist reverend Ken at Blackprof, and a pair of brief exchanges with the incognegro queen bee himself on one other Blackprof thread - don't believe the hype....,

So who was trying to ostracize whom?

It's not impressive one bit. Especially compared to Amazon.

Keep in mind that Google debuted around $100 and it is now $600 and some changes? That's like investing $1 and getting $6 a couple of years later? Again, not impressive.

I have to be honest, I'm kinda stupid to how this ostracism thing. I build my own networks constantly and one of the things I realize is ostracism is truly only successful in monopolistic channels such as military service.

I actually find it futile and very risky for people to arrogantly practice this "ostracism" thing in a capitalistic, competitive environment. I think you will see in my upcoming move, a very clever plan that will "ostracized" those that thought they can "ostracized" me. I never understood why they thought they could, but I will take care of the fact they did thought like that, trust me...

Michael Fisher: who was trying to ostracize whom? My post was not trying to a capture any specific recent events. It's just that the Undercover Black Man keeps coming up with stuff!

Ed Dunn: my suspicion is that Google represents an attempt to establish central control on the Internet by a rogue faction of the upper classes. The slow-moving, high stock price may be designed to prevent shareholder dissent when this "evil" plan is realized.

i can vividly recall the epiphany that sent me on my present course. cutting high school with my boy, we meandered across the parking lot en route to the breeding grounds of all new york city housing projects: the basketball court. after we made it across, it dawned on me that the entire parking lot was empty. there was not a single car residing there, from the beat-up chevy nova my dad drove and could only be opened from the inside with a series of thud-shocking shoulder bumps to the latest acura that the h.n.i.c. of drug trafficking stunted with. everyone was at WORK! this moment proved significant for me because it officially exposed the hegemonic impulse of public education. it was not as if i did not know everyone i grew up with worked, and as you accurately stated, "worked hard as hell." it was the fact that in school, it was constantly being hammered in my head that my people did not work. that we were indeed living realities of the perverse modern day minstrel tropes splattered across televisions and movie theatres. the episode afforded me the confidence in the naked eye, and thus, when i encountered people who shared the same hue later in life (ahem...howard university) but who propagated the same nonsense my "naked eye" had long exploded, i first berated, then pitied, and finally accepted it for what it is. acquiescing to the realities of the space, i found myself inversing the ostracizing process. i neither desired to be embraced nor did i seek confirmation of the worldviews experience had shaped for me. funny enough, in ostracizing myself, i stumbled into a community of folk who had underwent or were currently undergoing a similar process. your entry brought those memories back to the front of my mind. much respect. btw, one of my mentors always laments the low standards deliberately set by educators when it comes to teaching children. he argues that children meet whatever level placed before them as they have yet to be forced to repress their natural impulse to learn. i say all that to thank you for keeping the standard of discourse high on the blog. In so doing, you force all of us to elevate our thoughts.

I wish more people understand the stock market game. It is a Wall Street strategy why you would keep a share price above $100/share. Basically to keep a public company 'private' by limiting the shareholders. Average mofos are too lightweight to play with $600 a share. And let's ignore that only a small percentage of the search engine company ownership in on the market.

The fact shows like Fast Money or anyone talks about Google stock and performance and do not mention this setup stinks to me.

Ed: Yeah, I used to work at Trust Company of the West which made me study some of this stuff---what's even more shitty is when a privileged few are allowed to buy shares at a discount before the stock is released as public.